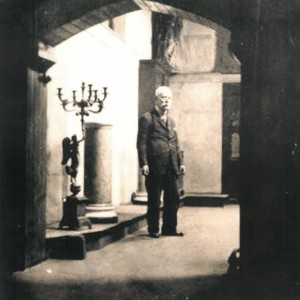 After Kyuss and the early Melvins laid the blueprint for the postmodern Sabbath-obsessed sounds of stoner rock in the early nineties, the floodgates opened. Armies of guys came with Orange amplifiers and behemoth riffs; many tried but few have quite captured the majesty of Kyuss’ ‘Welcome To Sky Valley’. 1968 come pretty damn close – they are up there with Black Moth and Limb, just two bands who’ve have been responsible for some near-perfect twenty-first century stoner grooves.

On these three songs, 1968 may not bring any surprises, but in terms of capturing the real essence of their chosen style, they hit the button square on. With a fucking mallet. Hearing this British band at full pelt is to hear some of the best fuzzy rock since John Garcia’s Slo Burn called time on an all too short career. …And their sense of commitment to that classic style is only heightened farther, since frontman Jimi Ray has the good fortune to possess not just a powerful stoner voice, but also one that more than occasionally resembles that of Garcia himself. Most fortuitous. Tackling their stoner rock grooves at considerable speed at first, ‘HMS Conan’ comes with a rattling and rollocking riff that really invites everyone to cut loose. The guitar tones are heavily distorted, but retain an essential melodic edge, while the drums really thunder. After a couple of minutes of whipping everyone into a frenzy, the metallic edges subside (just a touch) to allow a blusier slant, a switch in mood that, although showing two very different styles, still very much feels like the same band. The nineties stoner influences also allow some very seventies moodiness to dictate the general direction and as the band works through some mean, overdriven riffs and howling leads, the familiarity is so strong, it’s almost impossible not to feel an instant connection.

Much moodier, ‘Marauder’ opens with howls of distortion setting the scene before a genuinely classic riff takes hold. With a Orange Goblin-esque tone and hefty mid-pace, the band set about creating a head-nodding groove over which the vocals sound very assured. For the chorus, the groove drops into a heavier and slower crunch, the interplay between the heavily distorted guitar work and crashing cymbals evoking the finest stoner intents, while the vocal brings everything together with a very strong performance. This would be enough to ensure a great listen, but for the second half – via a quick reprisal of the intro’s sounds, the band drop into some mighty fine desert rock. A slow, hazed-up pace sets the scene for echoing guitar leads and some terrific basslines over the next few minutes, proving these guys have the trio thing down to a fine art, and as the inevitable fade comes, you’ll be left in the silence wanting more. Much more. It’s one of those tracks that needs to not only be heard, but also demands the listener’s full attention. ‘Green Sails’ very much keeps up the quality threshold with a superb Sabbathy riff, some multi-tracked guitars and a pulsing rhythm that’s as good as pretty much anything from ‘Sabbath Bloody Sabbath’ or ‘Sabotage’. The general buoyancy of the verse is counterbalanced by a heavier, slower, sludgier chorus chug, equally impressive with its huge presence. On this number, Ray is clearly in the zone…but maybe just a little too much, since he bellows rather more than usual in a few places. Although this isn’t a bad performance, it’s not up to the standard set by the other tracks. If you find the vocal a touch too boisterous, switch your attentions to the brilliant tune instead: this is drummer Tom Drury’s best performance; between the heavy riffs come many busy flourishes, his playing the backbone of a superb musical unit.

For riff junkies, this is essential listening. If you love a hefty downtune, gritty vocal and a world of fuzz, it’s almost guaranteed you’ll love a lot of what 1968 dish up on this release. The only major complaint? It’s just nowhere near long enough…