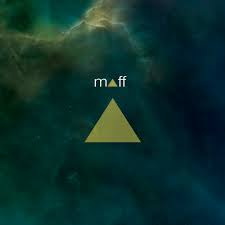 Aside from Slayer’s Tom Araya, there aren’t so many Chilean musicians who reach the ears of those farther afield, but for those who still hold 90s sounds very dear, alternative rock outfit Maff are definitely going to put South America’s long, skinny backbone on the musical map.

The three minutes of lead track ‘Linger Around’ are all that’s required for you to either absolutely love or loath the band’s sounds. The production values make everything sound like a brick wall, while thickly toned guitars crank out something that’s not so much a melodic indie jangle as a hard, relentless drone, while somewhere in the middle, a dour voice adds a special kind of downbeat vibe. We’re firmly into shoegaze territory as far as these South American’s retro sounds are concerned, with a track that sounds rather like the heart of My Bloody Valentine’s ‘Loveless’ LP played through loudspeakers, while a man who sounds like a cross between Ians McCulloch and Curtis in a bad mood grumbles from somewhere within. Back from the grave and dropped somewhere in the eye of a shoegaze hurricane, the latter probably wouldn’t be best pleased…but in shoegaze terms, this is great. For the sheet noise aspects, ‘Act 1’ takes things a step farther: despite being home to a couple of atmospheric passages where effects pedals add echoing noises in an almost punctuating style, the bulk of the piece is constructed around a rhythmic shred, dense and hard, absolutely unforgiving, while the simplistic drum line bashes at a snare much in the same way the Sisters of Mercy’s drum machine is all important to creating a stand-offish barrier between band and listener. Neither track will have any appeal whatsoever to those not already immersed in a shoegaze haze for their listening pleasure, but in terms of genre both are expertly constructed, with plenty to please the nostalgic shoegazer.

Adding more of a (perhaps necessary) melodic slant, ‘Blue Seas’ is a genuine highlight, bringing four minutes of near joyous hard jangling in a Jesus & Mary Chain style, allowing for a few more sunny guitar chords to cut through, with Maff’s still harsh wall of sound underpinned by some complex bass manoeuvres. A time warp back to 1991, a pre-grunge UK, a land of MTV’s 120 minutes and the ITV indie chart rundown depicted by still shots of bands put through crude visual effects, its familiarity is heart warming regardless of the harsh nature of their favoured musical beast. This EP is not all so one paced, though: ‘Planet Wave’ smashes Maff’s dense sound against a hard and almost pogo-friendly drum line, resulting in some severely crashy alternative rock, almost as if Husker Du’s shrieking rage had been channelled by Superchunk. It’s thrilling in every sense and appears just as contemporary at the time of release as retro. The energy here is amazing and it’s easy to imagine Maff whipping their audience into a writhing and swirly frenzy of bodies as they play. Somewhere between these styles, ‘You’ has the class and imagination to fuse a Jesus & Mary Chain aggression with an almost Manchester-ish indie buoyancy; the drums are key to everything with their unshakable groove, but close attention must also be paid to the lead guitars, guitars which unexpectedly break free in the second half, only to drown everything with a distorted soaring lead break – again, with a heart yearning for 1991 – before everything descends into broken distortion. Maff clearly know that those who “get” them will truly love what they’ve just heard.

The indie jangle hinted at during ‘You’ comes full force during the intro to ‘Million Year Picnic’ with a clanging discord offsetting some hard snare work and busy beat, but just as you think it’s heading for indie city, the shoegaze elements take hold as the volume increases and a reverb drenched vocal croons in a manner that begs more comparisons to Mary Chain. While less intense than some of Maff’s material – this could easily have been a ‘Darklands’ session outtake – it’s so hard to just dismiss it as merely a slavish homage to their heroes, especially since the tune is lovingly put together. The remaining tunes also give more air time to the structured melodies of which Maff are more than capable (even if they don’t always choose to allow them to come through fully): ‘Walking On Fire’ brings a pleasing dual guitar motif – the lead ringing out something that sounds like a lilting melody from 70s childrens’ TV – against a beefy drum and fuzzy, crunching mid-pace. Unlike ‘Picnic’, there’s a darker side awaiting…and when the deep drones finally assert themselves, Maff sound huge. Surprisingly, though, the simple guitar melody is never lost;in tribute to the great production values afforded to this release, it pierces through, eventually sounding all the more unsettling. ‘Someday’, meanwhile, placing itself squarely between the likes of ‘Linger Around’ and ‘Picnic’ exploring dream pop tendencies, with a swooning melody shimmering (albeit loudly) underneath a dual male/female vocal, its repetitive nature eventually sounds other-worldly. A side step from Maff’s preferred noisemaking, it gives a slightly different perspective on their talents, while making this release seem surprisingly more well-rounded.

Dusted off with an aggressive production value that ensures Maff always sound quite loud even when turned down to a sensible volume, this 2015 EP covers just enough ground to ensure the hardened indie buff keeps coming back for more without getting too bored, while retaining a quasi-repetitive drone-rock slant that’ll alienate the soft and impatient. With these ight songs, played very well indeed and with an occasionally impenetrable harshness, Maff accept their inevitable destiny as being purely a cult act, but at the same time, manage to set the shoegaze bar very high. Never every day listening…but very enjoyable if the mood fits.