In June 2015 the world lost one of its finest musicians.  Mr. Chris Squire, founder and only constant member of Yes was not only one of the best bass players in progressive and classic rock circles, but one of the finest bassists, period. Perhaps only second to Jack Bruce in terms of huge influence, Squire’s playing was always near the pinnacle of brilliance.

He could be simple, complex, lyrical…and sometimes all within the confines of the same passage of music.  It may sound cliched, but Squire was a man who knew how it felt to be one with his instrument of choice, someone able to really make their bass speak.

At Real Gone, we’ve always been huge fans of Yes – in most, if not all incarnations – and it’s unlikely a week passes without at least one Yes album being spun.

We’ve reflected on the Yes catalogue this week, the good, bad, indifferent and flat out classic, and we’d like to know what your favourite albums are.  Below, you’ll see a poll containing all of the studio releases.  In the interests of the Yes output having some clearly different sounds and phases, we’ve given you THREE votes.

Polls close in a week’s time…and we’re eager to see those results, though we suspect we have a good idea of the outcome!

Also, why not leave us a comment below?  Tell us about a particular Yes memory or perhaps tell us about your favourite tracks.  Maybe you love a Yes tune that nobody else seems to “get”; maybe there’s a side-project you think needs more love, or just maybe you’re one of the many who knows Rick Wakeman’s opinion of ‘Union’ is far too mean. Don’t keep it to yourself! 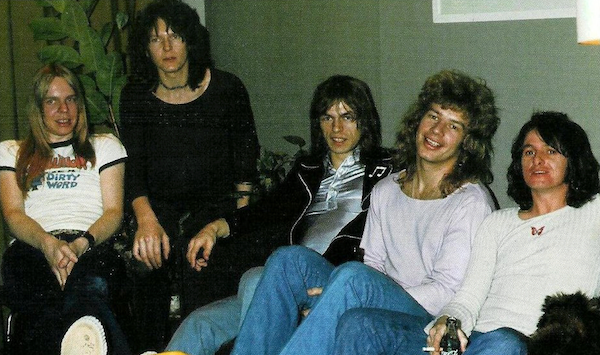