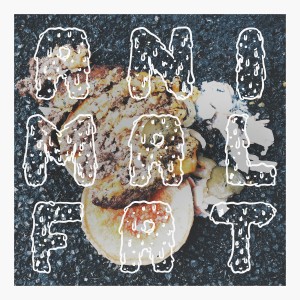 Musical fashions are cyclical. Like the 70s became very fashionable in the 1990s, the 1990s, in turn, have had a huge influence on some of the alternative rock sounds of the ’10s. Bands like Yuck can be found recycling the best elements of Sonic Youth and Dinosaur Jr with sheer abandon,  the Bandcamp site is full of similar revivalist acts, while The Pains of Being Pure at Heart found critical acclaim channelling a very definite nineties indie jangle within their sound.  Take Turns, a Leeds based quartet are as guilty for shameless recycling, but like Yuck and Pains, their end sound is so full of love for those who’ve inspired them, it would take a hard heart not to enjoy their nostalgia trip.  On this six song EP, they’re none to shy about flaunting an absolute obsession with Pavement…

Sure, it’s all quite familiar sounding but, even so, there are some good results and Take Turns are decent musicians.  EP opener ‘Finishers Medals’ begins with a very strong opening arrangement and quickly asserts itself one of the releases less plagiaristic affairs. Underscored by a really warm bass, its intro makes best use of a strong rhythm guitar part in the left channel – a slightly distorted and meaty jangle – while in the right, an old-style keyboard sound swishes around rather optimistically.  With room for a slightly slack vocal evoking the spirit of Stephen Malkmus and a strong lead guitar churning out a very distinctive riff elsewhere, the sounds here are have hints of nostalgia, but like fellow northerners Silver Arm, there’s a knowing confidence lurking beneath and a feeling that Take Turns are having a great time. If that hinted at a love of Pavement, then ‘Once a Saltwalter Lagoon’ couldn’t make that influence any more plain.  The verses have a quiet-ish air and the guitars a clean tone as they tinkle in a very 90s alt-rock manner – the slightly off kilter approach perhaps best compared to Thurston Moore – while the chorus (somewhat predictably) crashes in with a real intent, increasing the volume and distortion accordingly.  Mark Wright’s lead vocal is off key (very much on purpose) and as he hits the more forceful notes, a distinctive yelp brings everything dangerously close to a number of classic Pavement tracks (circa ‘Wowee Zowee’ and ‘Brighten The Corners’).  As before, the guitar tones are fabulous, the drums happily shift between the solid and rhythmic and careening and chaotic, while Rob Caschetto is left holding things together with a fairly rigid bassline.  As his notes rise and fall under the wall of guitars and occasional feedback squalls, there’s no doubt this is a job he does incredibly well.

Moving on, the title cut takes the twin guitars and separates them between the left and right channels allowing one to jangle and the other pick at plinky plunky notes intermittently before Wright mumbles through the opening verse – part sung, part spoken, all slacker – delivering his best pseudo-Malkmus.  This is fine, but it’s a noisy chorus that saves the track overall and pushes it into a different league, as a wall of overdriven guitars make a ferocious racket.  Imagine mid-period Pavement tunes spruced up by a few lead guitar flourishes from ‘Siamese Dream’ era Smashing Pumpkins and you should have a fair idea of where the band are at.  ‘Ankling’ and ‘Super Sunday’ recycle similar sounds but seem none the worse for that.  The former hammers away with some fantastic fuzz bass and live sounding drums before chiming guitars weave in and out of a Superchunk/Baby Chaos inspired affair, while the latter brings an even more blatant Pavement homage.  Both tunes should appeal to those who loved this kind of thing first time around (…either as a fan or band member).

The remaining track makes everything else seem just okay in comparison. In an absolutely faultless two and a half minutes, Take Turns really excel during ‘Rare Earths’. A more understated affair, this works around a softer almost shoegaze/dreampop sound making best use of a clean toned rhythm guitar in the right channel topped by an equally shiny lead noodling intermittently in the left.  On hand to fill space and make everything feel even more soothing, a forthright bass fills extra spaces while a lead vocal taps into an unexpectedly wistful style.  With far more in common with The Church or The Oyster Murders than their usual beloved Pavement or Superchunk, this shows these guys are more than capable of playing in different styles if the mood requires them to do so.  The Pavement homages are fine enough, but this – this – is superb.  A pity it’s all over so soon.

Full of sounds from your khaki coloured youth, sounds that reek of Reading Festivals past, most of these tracks fly past with an all-too-knowing slyness.  If you happened to be in your twenties in the mid 90s, ‘Animal Fat’ is almost like the musical equivalent of a comfortable sweater.  Derivative it may be – surely not even the band could argue much originality – but this is good, very good, in fact.  One to file under retro cool.