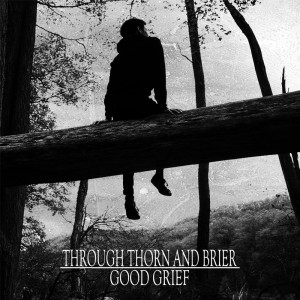 Showing the band at their most uncompromising, the brief ‘Trample’ tackles a relatively traditional metal arrangement, dressed down with a garage production.  For the first thirty seconds, a slow monolithic riff crawls from the depths, doomy and threatening, before swiftly changing gears allowing some crusty drumming to take the reign.  Just as quickly, things shift yet again, fusing the two elements, resulting in something that ends up sounding like an eighties hardcore band tackling a tune by a band signed to Roadrunner Records in the early nineties.  By the time ‘Dirtswimmers’ hits its mark, it’s apparent that it’s not the intense vocal performance or the potential speed that’s so riveting with this band, as indeed it is with some hardcore bands; the best moments come when things are more measured.  On this particular number, a slower pace gets beefed up by a classic hardcore punk bass riff, which the guitars temper by chugging through a pseudo-metallic chug – part early Melvins, part crusty dirge (albeit achieving a relatively uncompromising and very cool sound).  When those guitars make a shift from downtuned riffing into lead guitar territory, their atonal approach recalls more hardcore punk of old – though very specifically the work of Gregg Ginn.  The contrast between each of these elements makes Through Thorn and Briar’s music work on so many levels…though if you came looking for something easily digestible, this won’t work for you even slightly.

Better still are the EPs two longer compositions.  At first ‘The Sorry Flesh’ experiments with feedback, grindcore vocals and a choppy riff.  The vocals are among the best in their style, the almost indecipherable growl complimenting the thrashing riffs and powerhouse drums excellently.  The band wisely realise they can’t sustain the full speed for the duration and intercut both ends of this crusty thrasher with a compliment of sludgy guitars for a mid section.   If nothing else, this allows each of the four band members’ talents room to stretch out, squeezing in most of their repertoire of musical slants into three minutes.  ‘Old Dogs, New Wounds’ kicks off with the best drum and guitar sound on the release, launching headlong into a number which pulls more influences from classic hardcore punk than the other numbers combined.  A hard snare drum and shrieking vocal is met by the growling voice as heard previously – the dual vocal works excellently, as does a slightly distorted guitar, leading off a slow and emotionally charged second half.  While all four tunes bring enjoyment in some way, this is TTaB’s most professional and certainly their most commanding – absolutely brilliant stuff.

This is powerful, ugly and very intense.  The longer arrangements show a sense of musical depth that some crust/garage bands miss with their lightning fast bursts of noise, often showing TTaB at their most purposeful.  Those sludgy metal elements may not appeal to those looking for raw punk, but there is little doubt that this EP presents a band with a clear musical vision…and these guys mean business.