That debut album has its moments, but The Quireboys’ main appeal was – and is – always in their live performances.  Back in the early 90s, EMI hastily issued a live album just prior to ‘Fancy’, culled from various early performances, but again, this didn’t give The Quireboys their full credit.

As part of our ongoing series, Real Gone would like to offer a suggestion of a deluxe edition bringing together three complete live shows from the ‘Bit of What You Fancy’ tour, three shows that currently reside in the archives in pristine, professionally recorded glory.   Two are definitely in the BBC vault, and since the BBC have allowed EMI access to archive live tapes for two retrospective sets by Marillion, a UFO box set and a glorious multi-disc Thunder set, it is surely time the early Quireboys sets were allowed to be handed over and given the same luxury…

The rough ‘n’ ready set recorded in the support slot for Aerosmith in November 1989 remains as thrilling as it ever did, while the sets from London’s Town & Country and the Monsters of Rock Festival in 1990 cement the band’s growing reputation.  Video footage of the Monsters of Rock set actually exists somewhere too but, aside from a couple of clips sourced from what looks like a second generation VHS, the complete set hasn’t been seen for years…if indeed at all.  It’s still out there – as such, it should certainly be featured as part of this Quireboys live package.

Calling the powers that be: are you listening?  There isn’t a Quireboys fan out there who wouldn’t put their hands in their pocket for this, assuming the price was right… 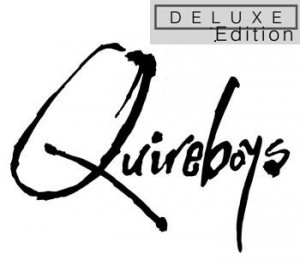