In September 2013, the Universal Music group announced an addition to their ever growing collection of lavish, multi-disc box sets.  ‘Give Me Strength’, a near comprehensive collection of Eric Clapton’s 1974/75 studio sessions with the addition of a few unreleased nuggets became a reality.  In addition to its two discs of studio recordings, the set also pulls together two discs of live material from the three concerts that spawned 1975’s ‘EC Was Here’ live album (nice, but all previously released on the ‘Crossroads 2: Live In The 70s’ four disc set).

As much as the first of the studio albums from that set (1974’s ‘461 Ocean Boulevard’) is much loved by fans – and even some critics – it’s hardly something that needs revisiting yet again.  As fantastic as it is, let’s not forget the album had already been expanded to a double disc deluxe edition some ten or so years previously (with, may we add, a disc of live recordings not included in the newer, even more deluxe set).

It’s time Universal cast their net wider and explored something from the later parts of EC’s lengthy career.  With that in mind, Real Gone brings you another in a series of imaginary deluxe editions.  The set below was initially imagined as two separate releases, but in the light of ‘Give Me Strength’, we thought it might be fun to imagine it as a “period overview” in a similar fashion to Universals ’74-75′ set.

This theoretical multi-disc set explores two of Eric’s finest “pop/rock” records, 1985’s ‘Behind The Sun’ and 1986’s ‘August’. Both of which sold well, with the latter becoming Clapton’s best selling album at the time of original release, but surprisingly, yielded just the one hit single between them.  A recording of Yellow Magic Orchestra’s ‘Behind The Mask’ hit #15 in the UK (a tune also recorded by Clapton’s then keyboard man Greg Phillinganes in the previous year).  Given the commercial nature of both records, it’s a surprise that Clapton did not make a bigger impact on the singles chart in the mid-80s…

Both albums have a few extra tracks and session out-takes that could be included on a deluxe set. The big draw for fans, however, would be the inclusion of good quality audio live material dating from that time.  Clapton’s set at Montreux in 1986 eventually saw release on DVD, but the audio recordings have yet to surface officially, despite being heavily bootlegged and edited in different configurations.  Since the release of the DVD, of course, all of the audio survives in pristine quality. The real gem, though, is  as the concert movie from Hertford, CT.   Issued on VHS by Channel 5 as ‘Live 85’, but (discounting a Japanese bootleg rip from VHS), this excellent gig has yet to surface on DVD.   A gig from the 1986 tour (at Birmingham NEC) saw release on VHS and later DVD, but the released version of this gig is just a 50 minute edit from a TV broadcast.  It’s likely the rest of the show was filmed, though whether the unseen footage still exists is unknown.  Surely it’s time to look in the archives properly?

We’d like to imagine that a lavish box set of material from this period would look something like the listing below.  If any Universal marketing folks are reading this, please give it some thought… Should such a set ever appear, it certainly won’t be as exhaustive as our imaginary seven disc set, but at least there’s a more than slim chance of something appearing officially (unlike the Prince set in a previous Dreamland article!)

Disc 1:  Behind The Sun
She’s Waiting
See What Love Can Do
Same Old Blues
Knock On Wood
Something’s Happening
Forever Man
It All Depends
Tangled In Love
Never Make You Cry
Just Like a Prisoner
Behind The Sun 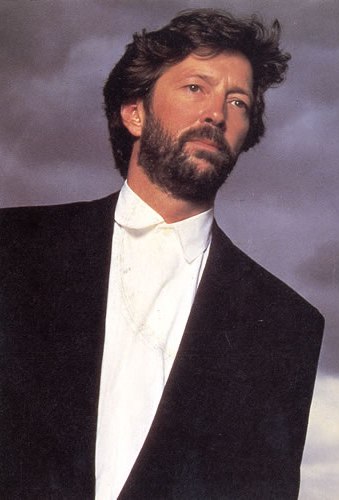 Disc 2: August
It’s In The Way That You Use It
Run
Tearing Us Apart
Bad Influence
Walk Away
Hung Up On Your Love
Take a Chance
Hold On
Miss You
Holy Mother
Behind The Mask

Disc 5: Live at Montreux 1986
Behind the Mask
Badge
Let it Rain
In the Air Tonight [w/Phil Collins, lead vocal]
Cocaine
Layla
Sunshine of Your Love
Further On Up the Road
Ramblin’ On My Mind / Have You Ever Loved a Woman [w/Robert Cray]