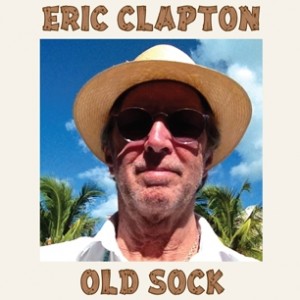 Following Eric Clapton’s 1992 appearance on ‘MTV Unplugged’, in terms of inspiration, his recorded output floundered for two decades. While three albums of blues covers (one made up of standards, two of Robert Johnson numbers) are full of enjoyable moments, the rest of his post- ‘Unplugged’ work hardly ever hints at any former glories. At best (as with parts of 2001’s ‘Reptile’), these albums represent a once-fiery musician drifting into late middle age with wishy-washy results, while at worst (1998’s ‘Pilgrim’ and 2010’s ‘Clapton’), the albums are full of easy listening material which the younger Clapton possibly wouldn’t have given the time of day. On his pompously packaged eponymous release of 2010, the clean and sober Eric Clapton had a fixation with 30s and 40s jazz standards and – in comparison to his much younger self – had largely become a musical irrelevance. A somewhat legendary irrelevance, perhaps, but fact is, ‘Clapton’ (the album) presented very little that would interest anyone but the most died in the wool fan…and even some of those found the record to be often forgettable.

Three years on, Clapton’s twenty first studio album ‘Old Sock’ finds the guitarist largely chugging through other people’s material. On this release, he chooses to re-interpret tunes from various eras – tunes which he supposedly loves, although you wouldn’t necessary always know it judging by the lacklustre approach he adopts on some of these numbers.

The real highlight is a sophisticated take on Gary Moore’s ‘Still Got The Blues’. Clapton’s voice has none of the emotional pull of the much-missed ex-Thin Lizzy man, but he works around that by re-interpreting the song in a softer way. Gone are the big crying leads – and in their place, gently plucked acoustic strings. The riff is still instantly recognisable, but the shift in tone combined with the soft jazzy arrangement (held down by brushed drums and plush orchestration) is closer to Clapton’s take on Ray Charles than anything ever recorded by Moore. Elsewhere on this track, old faithful pianist Chris Stainton lays down a few well-placed ivory flourishes before Clapton switches to the electric guitar for the fade out. His electric blues tone is still captivating at times – it’s a great shame (much like most of his recordings from the 90s and beyond) we don’t get to hear far more of it on this ‘Old Sock’.

The only other superb number is a Clapton original, ‘Gotta Get Over’. At first, this upbeat, slightly bluesy shuffle recalls JJ Cale at his most rocking as it ambles along courtesy of some finely played staccato rhythms intercut with well-crafted leads. Eventually the music blossoms, featuring some of the best lead work on a Clapton tune since 1989. It’s a sharp reminder of why this man has achieved legendary status. As the tune plays out, with multi-tracked guitars, played over a swathe of Hammond organ, and with EC in full flow, there are sparks of greatness – greatness comparable to the excellent ‘Let It Rain’ from Clapton’s first solo record or even, perhaps, the more restrained works of the celebrated Derek & The Dominos.

Also relatively enjoyable, a version of Taj Mahal’s ‘Further On Down The Road’ is delivered with the light airiness previously bought to pop-reggae by EC’s in the mid-70s. The gentle bounce with the lead vocal played against a soft female counterpart certainly calls to mind a couple of tracks from 1975’s ‘There’s One In Every Crowd’, although the vocals, naturally, aren’t a patch on those of the superb Marcy Levy, who certainly would have given this kind of thing a lift previously. As far as the rest of ‘Old Sock’ is concerned, though, everything else ranges between average and awful, with nothing ever representing “essential Clapton”.

The pop-reggae of ‘Further On Down The Road’ returns on Peter Tosh’s ‘Till Your Well Runs Dry’, which rarely rises beyond sunny and inconsequential. Although the recording is hampered a little by the over-reliance of the kind of female voices best reserved for 1970s light entertainment, it stands as an okay piece of filler…or perhaps it would if this were considered the “weak filler track”. Less fortunate is ‘Angel’, a tune originally recorded by Benny Mardones. Mardones can be exceptionally drippy at times and even Clapton’s peppering of this number with small lead guitar flourishes doesn’t do much to shift it from MOR indifference. The one bright spot is the presence of JJ Cale, whose southern easiness is very welcome, but sadly underused. If Cale had recorded this himself, perhaps it would have fared better… Still, it’s not as bad as the version of the old jazz tune ‘All Of Me’. Many have recorded this over the years with varying results, but the faux happiness of this particular version really grates. Clapton’s dirty guitar tone is pleasing – as are the jazz drums and jaunty piano – but the vocals are horrible. EC’s voice has no real presence; the supposed soulful bits are the work of a good karaoke singer at best. The legendary Paul McCartney steps in for harmonies, but he needn’t have bothered; as fantastic as Macca can be, he is barely audible here between Clapton and some nasty, very brassy, female voices.

Things go from bad to worse as Clapton croons through a Peggy Lee number with only half of the emotion required and labours through ‘Goodnight Irene’ almost without any gravitas at all; but those efforts are both Grammy-worthy compared to his second original number ‘Every Little Thing’. This tune stands as, perhaps, the single worst thing Clapton has ever written. An easy-listening, shopping mall calypso, it’s bad musically – making his previous calypso effort ‘Pretty Blue Eyes’ sound like a masterpiece – but the lyrical optimism just sounds fake. Factor in some rudimentary guitar playing and a children’s choir (a fucking children’s choir, Eric? Are you sure?) and the tune becomes worse than you could ever imagine. Perhaps the choir is supposed to represent hope and the circle of life or something, but there’s never any excuse for wheeling singing children out for unsuspecting listeners…

Overall, ‘Old Sock’ presents more of the aging Clapton on auto-pilot. Occasionally – as with ‘Still Got The Blues’ – there are glimmers of something interesting and brief suggestions that Clapton can still cut it if he wants to, but the good moments are firmly in the minority. By and large, the jury’s well and truly out as to whether this man really feels the music he’s playing any more, or whether this is just another in a long line of intermittent releases put out in an attempt to top up his bank balance.