As guitarist for Creed and Alter Bridge, Mark Tremonti has built a fan following over the years, but 2012’s ‘All I Was’ marked his first solo venture (albeit issued under an eponymous band name).  Moving away from Creed’s post-grunge sounds and AB’s much-loved retro hard rock, Tremonti takes a more metallic approach on the album.  Although one of 2012’s best metal-based albums, the recorded work doesn’t resemble the intensity of the Tremonti live set…

For a change, support at this particular gig seemed to be in tune with both the mood of the audience and the of headline act.  All too often, audiences are expected to witness local bands ploughing through sets as part of gruelling promotion.  In truth, when it comes to support bands at gigs, half the audience aren’t considering extra bands to equate to value for money; they can be found in the bar, or feeling concerned about whether things will over-run and whether they’ll miss their train home.  This is not an issue here: both Scottish rockers Logan and rock blog darlings Heaven’s Basement turned in solid sets which seemed to entertain the watching crowd.  Heaven’s Basement’s closing number ‘Excecutioner’s Day’ marked an early high point for the evening, and while it would have been good to have heard a little more from Logan, perhaps we will somewhere else down the road. 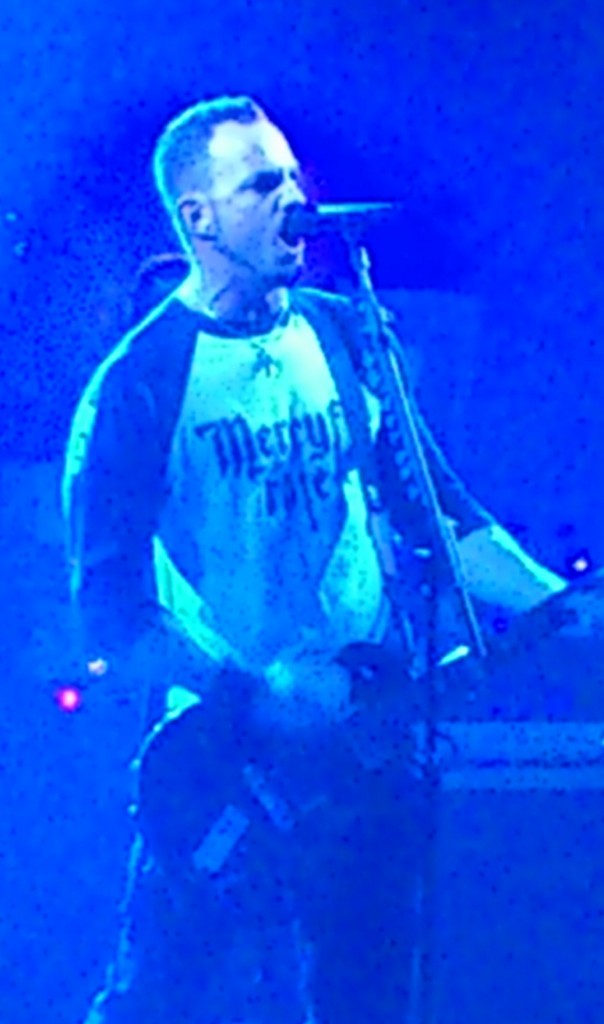 From the second they stepped on stage, Tremonti did not disappoint. From the time a few bars of ‘Leave It Alone’ kicked things off with a real sense of intent right through to the last notes of fan favourite ‘Decay’, we were in the presence of a band who – in the truest sense of the clichéd phrase – came to take no prisoners.  Over the course of an hour, Tremonti (the man and the band) sounded like a proverbial sledgehammer, partly due to their increased intensity in the live setting, but partly down to the Ballroom’s fairly shitty sound system [during the second half of the set, a man next to us actually had his fingers in his ears.  Even with earplugs, the sludgier end of things was an occasional assault on the senses].  It was fantastic to witness Wolfgang Van Halen on bass: even if it wasn’t always clear what he was playing, visually he appeared rather nimble.  Addressing the crowd in a polite, mature, but still forceful way, Mark Tremonti appeared the consummate professional – it was an absolute pleasure to be in the presence of a man who understands there’s more to stage presence than just throwing a few shapes and swearing a bit.

Renditions of ‘Giving Up’ and ‘All I Was’ cemented the band’s musical prowess and were a strong reminder of how the album brims with a fine balance of aggression and melody, although naturally, the live sound cared not for any flourishes, choosing instead to hammer home the heaviness.  The appearance of the first ballad ‘Proof’ meant there was to be a little respite – possibly even a well-earned breather for the crowd – but even then, the bass drum was so hard it seemed, at times, like a hit to the chest.  The album’s second single, the catchy as hell ‘Wish You Well’ gained a huge response from everyone and despite the increased intensity (bordering on a musical equivalent of being repeatedly kicked in the bollocks for three minutes) still managed to shine as a number with a brilliantly simple chorus and rousing riff.

An encore, including a vigorous rendition of ‘Brains’, gained an equally enthusiastic response from the now sweaty crowd.  From our vantage point, the look of confusion/fear on the security guard’s face as the crowd parted to create a circle pit was priceless.  It was as if he was not aware of this phenomenon and was expecting gang warfare…

Pulling the gig to a close, Mark asks if we’ll see him again next time he’s in London.  Yes sir, we will – but not if you choose to play the Electric Ballroom again.  Back in the late nineties, this venue had the appearance and feel of somewhere about to be condemned.  A decade and a half later, not much appears to have changed.  The bar may have been smartened, but the venue is still truly horrible.  The acoustics are poor and the gig area itself is still as shabby as hell.  The Electric Ballroom may possibly be London’s worst venue for a rock gig. [Bands: please make a note of this.]

Although the sound could have been crisper, this performance more than proved that Tremonti have some serious chops within a live setting. If you’ve not seen Tremonti live yourselves, you need to rectify that should the opportunity arise.  Just prepare yourselves for a truly intense experience. 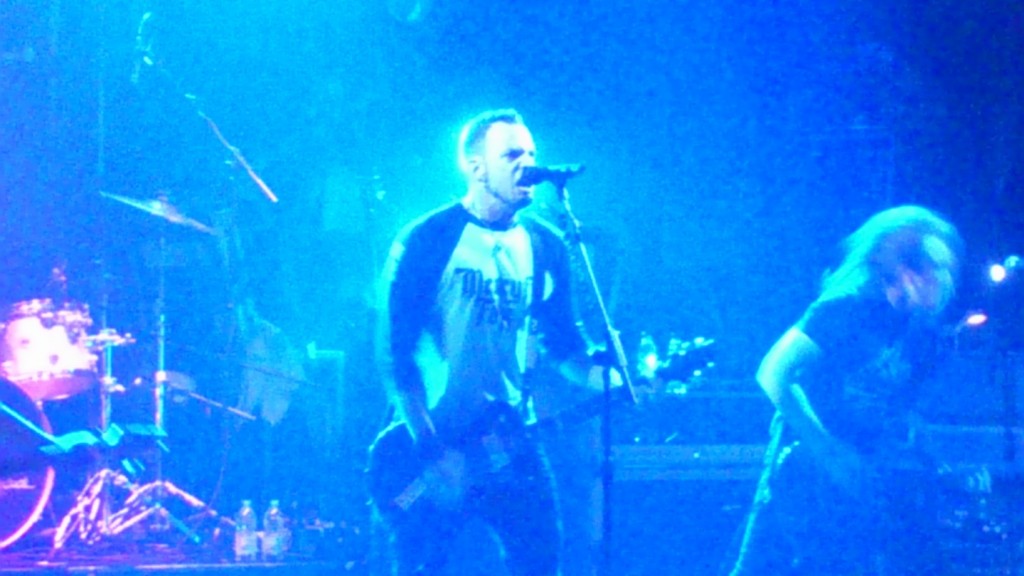