The choice of venue seemed an odd one; the Islington Assembly Hall comes with more of a function room/town hall vibe than somewhere you might witness a rock gig. That, combined with age of the musicians, may have seemed – to some outsiders – as if this gig was a nostalgia trip with some guys nearing the end of the road.  Fact is, though, with the lines of age also comes years of gigging experience, and Micky Moody still has the necessary oomph in the live setting.  Combined with an equally powerful partner in the underrated Wisefield, the moments of twin guitar during this band’s performance were often responsible for the set’s best moments.   This was particularly the case during an instrumental duel at the end an already cracking performance of Whitesnake’s ‘Ready An’ Willin’’. Watching the two musicians trade off licks, it seemed incredibly natural, as if they’d been playing together for several decades.

Hearing ex-Virginia Wolf/Heartland vocalist Chris Ousey stepping into David Coverdale’s large shoes resulted in flawless performances.  Ousey’s voice may be a little higher, but it has never weakened over the years: in fact, hearing this band hammering through a storming take of ‘Slow An’ Easy’ (preceded by a mid-length slide guitar solo), we’ll wager not even Coverdale and his band could match this performance any more…  A couple of other Whitesnake tunes were treated with equal respect, with solid outings for ‘Fool For Your Lovin’’ and ‘Here I Go Again’, the latter played in its 1982 incarnation (albeit with ’87 lyric), allowing Wakeman to lay down some blankets of organ, keeping Jon Lord’s spirit alive.  In terms of the band’s individual pasts, although nobody heckled for more  ’Snake numbers whenever the attention turned to the more recent, it was rather pleasing to hear a voice occasionally crying “Wishbooone!” from within the crowd.

A gig more than a celebration of the past, the new Snakecharmer tunes sat proudly alongside the classics.  The swaggering blues-rock of ‘To The Rescue’ allowed Ousey to showcase a superb set of vocal pipes (for those who’ve never heard him sing live, it’s almost the same as his recorded delivery), while Neil Murray – unobtrusive at stage left – cranked out a meaty bass.  True to their studio counterparts, ‘Guilty As Charged’, ‘Accident Prone’ and ‘Nothing To Lose’ showed that these newer songs to be absolute belters, while the slightly more AOR ‘My Angel’ allowed each of the members equal space in the overall performance, but naturally, Ousey seemed the most at ease with this Heartland-eque offering.

Although no reference was made to the respective Thunder, Heartland or Wishbone Ash catalogues, after over ninety minutes of fantastically played bluesy rock, it’s unlikely those present went home with even the merest hint of disappointment.  Since the show was captured for posterity, those who were not present may get some consolation somewhere down the line.

Briefly rubbing shoulders with various band members after, it was a pleasure to interact (just briefly) with musicians who still understand the importance of the fan meet and greet.  …And as for watching Chris Ousey converse with a very drunk man while taking it in his stride as if this was a regular occurrence… Priceless. 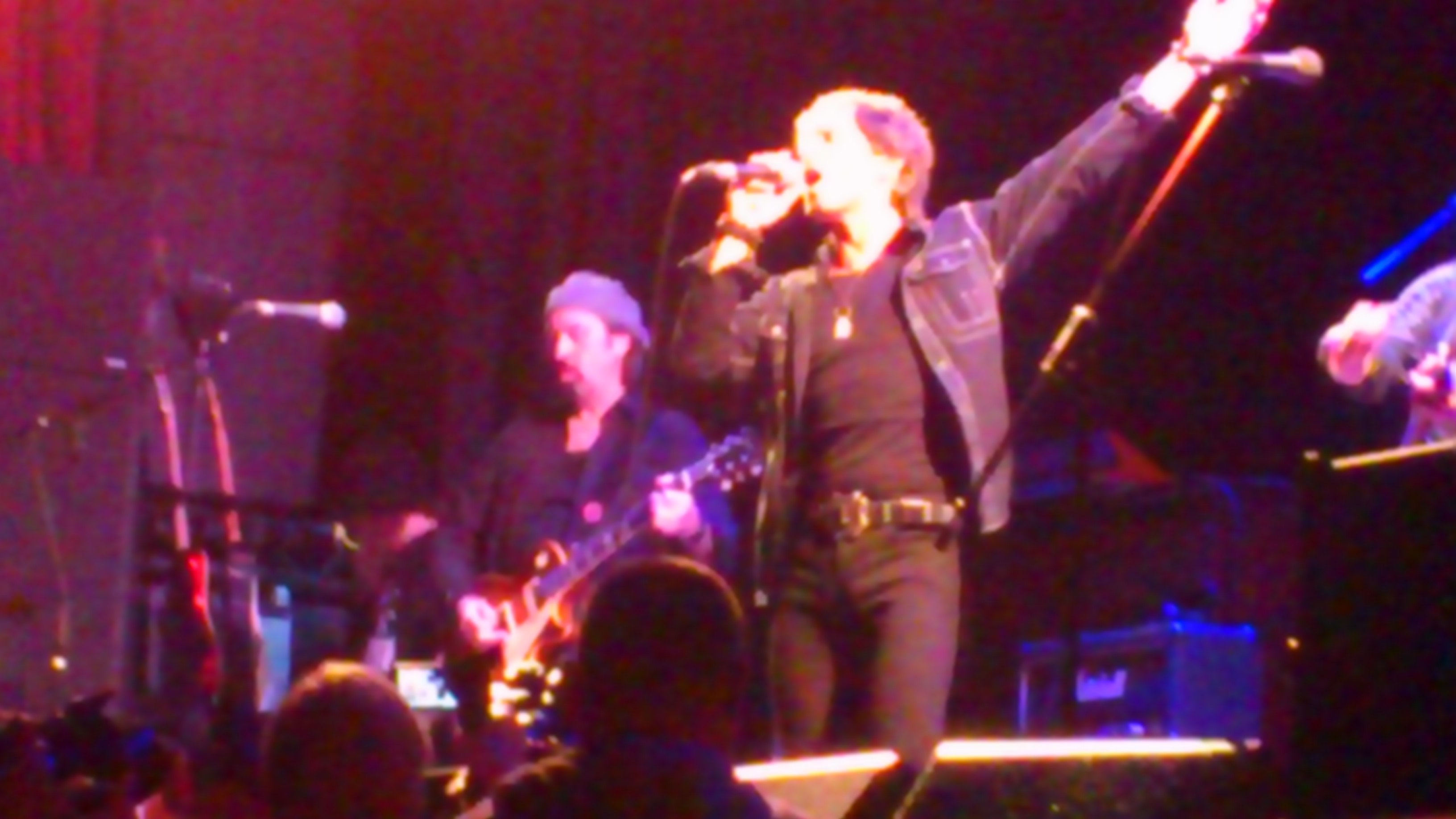