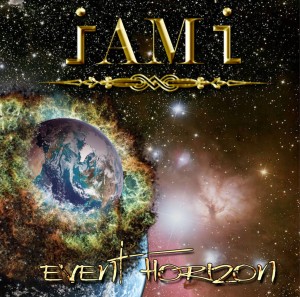 Across these ten songs, Theart wails his way theatrically through every line, blissfully unaware of the importance of having an actual range.  He belts everything out with relative ease, but his sheer bombast quickly becomes an annoyance.  In an effort to match him, guitarist Jacob Ziemba powers his way through some solid lead work, sometimes with great tone, but there’s often a sense that his playing is all about style and not remotely about any feeling.  These two things combined with Grapow’s approach for turning everything up to eleven has the potential to lead to a headache within ten minutes.

Looking at a couple of the heavier numbers, ‘Kiss of Judas’ has a fantastic, bombastic riff to kick things off, but by the time the vocal arrives, that riff retreats into the safety of the band’s Euro-rock sound, which appears hugely influenced by the likes of Masterplan et al, though with Grapow at the helm, this is hardly surprising.  Elsewhere, ‘Silent Genocide’ offers a couple of great lead guitar moments and even a potentially melodic chorus, but it’s all sandwiched within a hugely overbearing arrangement, while ‘Cross The Line’ features some great lead picking during its instrumental section cobined with a chorus that hints more at melodic rock.  Better than some of I Am I’s efforts, certainly, but the whole package is subsequently ruined by a near constant presence of double bass drum pedal throughout.

Possibly the only track which really passes muster is ‘Stay a While’, where the general force behind the band’s delivery is tempered by an enjoyable mid pace.  The verses have a little more room to breathe, as a pumping bass and keyboards lay down a tune in the Euro-AOR tradition.  The chorus comes with bags of melody, with Theart joined by a few backing harmonies – which he tries his best to drown out, almost with success – while the lead guitars fill spaces, with a greater understanding of “less is more”.  In terms of filling this space effectively, Ziemba isn’t Neal Schon, Adrian Smith or Matthias Jabs, but this beats his other work.

Every rock album needs a big ballad, and ‘King Of Ruins’ takes that mantle on this debut release.  Again, a few soaring guitar lines appear far more enjoyable than most Ziemba’s favoured chops, while the piano lines add a much needed extra dimension to the band’s overall sound, while the hefty bass anchors the slow melody.  With the root of a potentially decent rock ballad in place, Theart over-eggs this particular cheese soufflé with another severely overwrought performance, and it’s not too long before the guitars revert to their preferred dirtier tone – which although fine on a few of the heavier offerings – seems hugely misjudged here.

For a self-released album, there’s a hugely professional sound within the songs featured on ‘Event Horizon’, but unless you’re keen on listening to a record which sounds like a second rate Helloween or suchlike, this just isn’t going to do it for you.  With no understanding of the concept of “less is more”, I Am I are a band to be enjoyed only by the followers of Dragonforce, (possibly) Edguy, as well as Roland Grapow’s many projects…but precious few others.