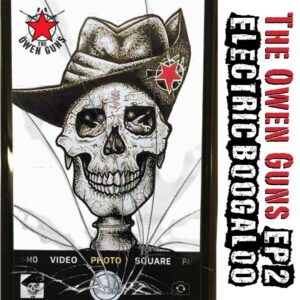 END_OF_DOCUMENT_TOKEN_TO_BE_REPLACED

On the heels of their debut single ‘Fuck Cyclists’, The Owen Guns return with a new track, the blistering ‘It’s Too Late’.  END_OF_DOCUMENT_TOKEN_TO_BE_REPLACED