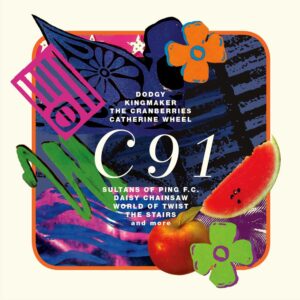 1991 was a fantastic year for music. In the rock and metal world, AOR and melodic rock were still clinging on; the big haired bands like Skid Row and Warrant were experimenting with a heavier sound; funk metal was at its height, and the thrash metal titans had broken through to the mainstream, eventually becoming million selling acts. It seemed as if the long awaited release of Guns N’ Roses’ ‘Use Your Illusion I + II’ would be the year’s hugest event, and then something happened. Nirvana’s ‘Nevermind’ was a smash hit, and a growing interest in the alternative scene changed everything – in a good way. It brought the Kerrang readers and NME crowd together for a short time, ending an already great year on an unbelievable high.

Much like the avid readers of the metal press, those who purchased NME and Melody Maker week in and week out had already experienced a brilliant and exciting 1991 by the time Kurt Cobain’s heavily Pixies-indebted combo became front page stars. The noises made by shoegaze were dominant; goth – although more commercial – still had a presence, and Manic Street Preachers were showing everyone how it was possible to combine a great chorus with a sharp edged social commentary. Elsewhere, hundreds of jangly bands immersed themselves the retro sounds of the past, and continued to make them sound fresh. Names like Bleach, Bang Bang Machine and World of Twist may now be – for some – names consigned to the yellowing pages of the student-centric music press, but so many of those bands left the world with tunes worthy of more than just a nostalgic thought.