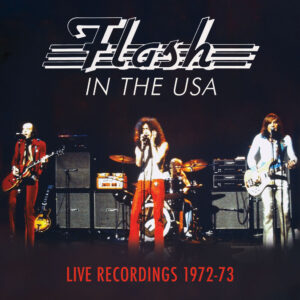 In terms of their very limited studio output, Flash were, and remain, one of the most overlooked bands of the early 70s. Despite featuring two ex-members of Yes – Peter Banks (guitar) and Tony Kaye (keyboards) – their work isn’t often mentioned with the revered tones it so deserves. Their first two albums (‘Flash’ and ‘In The Can’) are home to some brilliant sounds, mixing elements of blues and prog with bits of hard rock. Although sometimes less fussy than the band Banks and Kaye left behind, Flash’s work is no less grand. At their best, they could fuse jazz rock elements with ethereal vocals (‘There No More’), or hit upon a great 70s rock groove and pepper that with obvious Yes-like flourishes (‘Children of The Universe’). Their work could occasionally be derivative of Yes; their albums sometimes felt like cobbled together collections rather than truly cohesive works, but Flash were never dull.