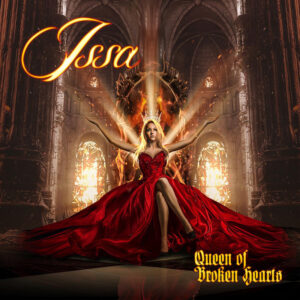 When Issa Oversveen made her big breakthrough on the AOR scene with her debut solo record ‘Sign of Angels’ in 2010, melodic rock fans were practically falling over themselves to praise the release. Although often likened to “a female fronted Journey”, the album had far closer connections to a European rock sound, and although an enjoyable listen in its own way, it wasn’t quite the classic that some proclaimed. The following year’s ‘The Storm’ showed a huge amount of growth and a more distinctive sound, but it wasn’t until 2012’s ‘Can’t Stop’ that Issa gave the world something unmissable. That album was a marketing master stroke from Frontiers Records: it took one of their rising stars – somebody already beloved by the core of their target market – and coupled her to a bunch of old AOR songs the record buyers already knew. This wasn’t a case of having Issa wheel out covers of old Journey and Survivor hits, either – that would be too easy. For ‘Can’t Stop’, the dustier corners of melodic rock’s history were explored, and the singer revived overlooked tunes by Aviator, Mystic Healer, Boulevard and Tower City, alongside many other great, truly cult melodic rock acts.

After a prolific three years, it would take Issa another three years to release her fourth album and three more again until her fifth release hit the shelves, but both ‘Crossfire’ (2015) and ‘Run With The Pack’ (2018) cemented her popularity with keen AOR fans. It would be a further three years until she released her sixth album, but 2021’s ‘Queen of Broken Hearts’ was more than worth the wait.

END_OF_DOCUMENT_TOKEN_TO_BE_REPLACED 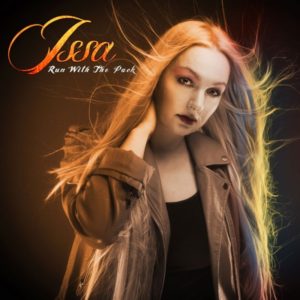