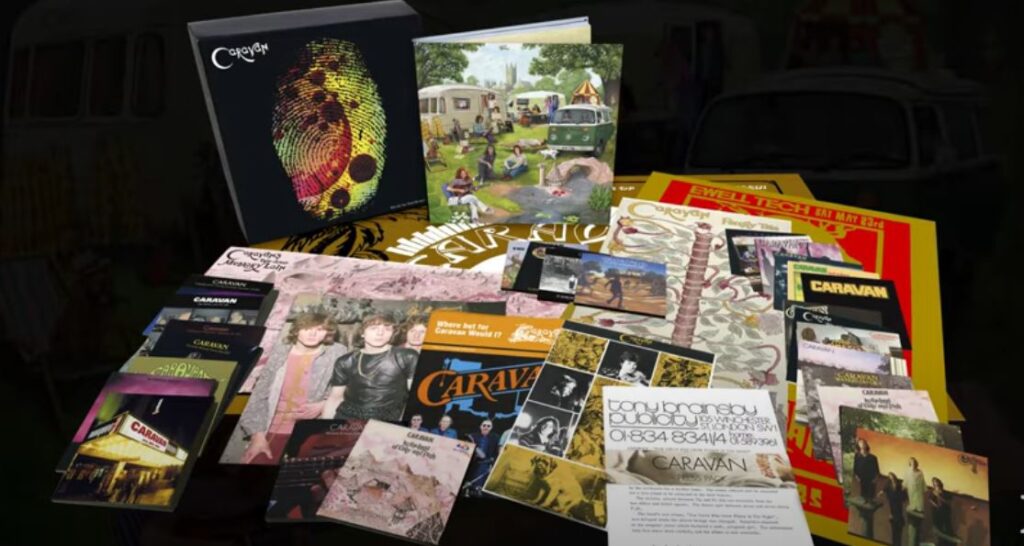 Originally touted for a 2020 release, the long rumoured massive Caravan box set will finally be released in August 2021. The wait has been long, but there’s good news: what was once scheduled to be a 30 disc set will now come with a further seven discs’ worth of rare material, including 11 discs of previously unreleased live cuts.

The Madfish release seems as if it will rival the similarly extensive Gentle Giant box set. In addition to a wealth of music – bringing together all of Caravan’s official studio recordings, a much praised Steven Wilson 5.1 mix of ‘In The Land of Grey & Pink’ and far more besides – fans will get the opportunity to lose themselves in a massive 144 page hardback book. A second replica fan club booklet and a signed photograph are also included. The contents can be seen in the unboxing video, which can be seen below along with a full track listing.