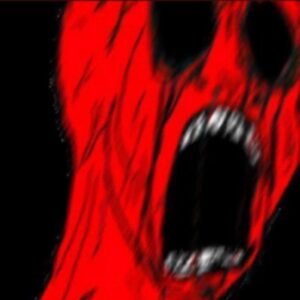 Hailing from The Bronx, NY, Ronx bill themselves as a pop punk band influenced by blink-182. Their output is actually far more varied than that, though, and – in ways both good and bad – their 2022 EP ‘Retrograde’ actually presents three tracks that sound like the work of three different bands. Fans of straight up pop punk will discover an instant banger; those with an emo heart will unveil a tune with a fine melodic angst and an important message, and – for their third instalment – Ronx reach deep for a slab of rhythmic pop that it’s hard to imagine any of their pop punk or emo-centric audience will ever truly love. Chances are, they won’t even like it.

If anything makes this worth checking out it’s ‘TISYCSO’ which loads up the guitars to deliver a smart pop punk riff taking elements of later blink and early Sum 41. By mashing them together for a melodic onslaught, it allows a harmonious vocal to power through when buoyant verse helps to introduce the musicians in a very direct and tight fashion. This is good, but it’s the presence of an instantly likeable chorus that makes the track really shine. Harmonious vocals hover over melodic but punchy riffs throughout, but by inclusing moments where the speed driven riffs occasionally fall away to reveal a more melodic bass led breakdown, or are overlaid with a muted lead guitar offering an interesting melodic counterpoint, it shows Ronx to be more adventurous than some pop punkers, even if the core of this track shows some very obvious influences.

More interesting, the title track takes a shimmering guitar line and weaves a melody that owes more to ‘Ghost In The Machine’ era Police than New Found Glory or Jimmy Eat World. From that, a busy (programmed) drum part drives a rhythm forth and the band latches upon a sound that wouldn’t be entirely out of place on blink-182’s self titled album from 1999, quickly rendering the early pop rock guitar part almost redundant. As the verse progresses, the classic emo feel swells in a way that’s very much in keeping with a lyric that utilizes metaphors about drowning to convey issues with mental health. Despite a lack of punkiness, the marriage of hook, message and music proves to very effective. From a listening perspective, however, this might not be enough if you happen to be averse to excessive filters, since the vocal is over-shined to the point of almost sounding inhuman. This, of course, is typical of so much twenty first century emo, but looking beyond that, there is actually a familiar melody that you could easily imagine coming from Mark Hoppus. Via an interlude where the earlier, ringing guitar rises once more, a second verse and subsequent hook sounds a little punchier, making a great use of dual/harmony vocals which reinforces the Ronx commitment to strong alt-pop. After a few plays, the blend of rock/pop and emo becomes more appealing in a way that often suggests that what Ronx do, they do very well.

The remaining number, ‘Everything I’ve Ever Wanted’ is far more of an acquired taste. The cleaner sounding guitar work makes a welcome return, but beyond that, it’s a tune with nothing going for it. Programmed drums pierce through the melody with a strong R&B/UK garage rhythm, whilst vocalist Miguel Vasquez delivers a heavily affected performance. There are glimmers of music that just about cling onto the faintest of emo sensibilities, but in the main, this is an R&B based workout, more akin to early Craig David or the (unwelcome) soul/R&B breakdowns during some of Issues’ best known material. Lyrically, it’s another very candid affair, dealing with emotional skeletons and the importance of having friends to lean upon, so it’s a pity that its finely curated message couldn’t have been given a more appealing or appropriate send off. The riffs never really kick in; the programmed drums intensify; the affected vocals lose themselves in a swamp of filters and despite clocking in at under three minutes, everything feels as if it drags on forever. Even for the most hardy or heartworn of emo lovers, this could be a musical slog…

If you’ve seen Ronx lumped in with a lot of pop punk bands and are, maybe, hoping for a world of melodic guitar based riffs and big hooks in the vein of Dashboard Confessional, Jack’s Mannequin, or even Funeral For A Friend and classic blink-182, there’s every chance you’ll be disappointed. ‘Falling Apart’ will certainly fit that remit, but from there, you’ll be likely be left wanting. From a broader perspective, the core of the material plays better, but the synthetic feel and over reliance on pre-programmed mechanics can wear thin fairly quickly. For the more patient listener, however, there’s some solid alt-pop to be found here and a set of lyrics which always suggest that Ronx are far smarter and more thoughtful than your average pop-punks. That said, for all of its good intentions, ‘Retrograde’ is best approached with caution.