On January 27 2022, Neil Young’s back catalogue disappeared from Spotify. He justifiably took issue with the streaming giant hosting a podcast by Joe Rogan which spread disinformation about vaccines. “You can have Neil Young or Joe Rogan,” he said. Ultimately, they chose Joe Rogan. Their giving him a platform has created bad publicity, but his nasty work is easy to ignore. Spotify aren’t forcing you to listen to his podcast, of course, just as they’ve not made it a legal requirement to stream a bland piece of music you hate every time you log in. In a free world, we all make our own choices and Neil has made his.

He’s been really shrewd. In challenging Spotify, he’s made headlines whilst the paint on his ‘Barn’ door is still wet. That new album (reuniting him with the legendary Crazy Horse) was only released on December 10. Although very little of the publicity has been about ‘Barn’ directly, it’s all been good publicity. In addition, he doesn’t need Spotify. He has his own high quality audio streaming service over on his official website, where fans can stream his entire back catalogue to their hearts’ content for just $20 a year. That’s the same as two months of Spotify subs. He knows that his biggest fans, assuming they don’t own absolutely everything on physical formats, will either already be subscribers, or now take out a subscription. For Neil, the whole thing has been a win/win.

A subject of current affairs or otherwise, there’s never a bad time to dip into the Neil Young back catalogue. Even if you’re well versed in Neil’s past works, his releases have a habit of catching you unawares; great tracks will spring from within when you least expect them.

Approaching a huge back catalogue by any artist can be a daunting experience, but with an artist as wildly prolific as Neil Young, it can be especially tricky. For every ‘Harvest Moon’ there’s a ‘Ragged Glory’, both great records, but polar opposites. And for everything great, there’s the potential to run into something tricky, like ‘Trans’. However, getting full enjoyment when listening to Neil Young can be more complex than picking a good album or two. Even his best albums are prone to a clunker…and even albums that are fairly terrible can throw up a great, unexpected track.

In this first look back at the Neil Young discography, we pick out several essential listens from his earliest years. Performances hidden away in unaffordable box sets; tunes that really come to life on live albums tucked away in NY’s enormous archive and the odd album track or two that rarely gets its due credit.

Hopefully our guide will inspire you to revisit some of this work. Maybe some of you will discover things for the first time. This is Neil…Before The Goldrush.

Neil’s earliest release is a 7” by rock ‘n’ roll band The Squires. It’s A-side, ‘The Sultan’ is a perfectly serviceable tune with a heavy guitar twang, but this B-side is far superior. It casts The Squires firmly in the mould of The Ventures, carrying an almost surf-like edge to the arrangement. Although quite far removed from almost everything NY would record once famous, this early step towards fame has charm enough. [Find it on Neil Young’s ‘Archives Vol 1’ box set]

This is the earliest “essential” in NY’s huge catalogue. On the surface, it seems like a heavy-handed folk song – all chugging chords and sub-Woody Guthrie sneer, but it has a greater importance in that the vocal melody is almost identical to Buffalo Springfield’s ‘I Am A Child’ (recorded in 1968), proving that some things need working on until they’re perfect. From something that didn’t quite work, Neil crafted one of his earliest classics. [Find it on Neil’s ‘Archives Volume 1’ box set]

Neil’s second band venture, The Mynah Birds, were a short-lived r ‘n’ b act, fronted by Rick James. This single A-side takes the guts of the early Isley Brothers and adds a world of hefty guitar, leaving behind a track brimming with energy and overlooked by most. As far as flop singles go, this one’s a corker. Due to licencing issues, this doesn’t appear on any of Neil’s own physical releases. [Find it on the 5CD box set ‘The Complete Motown Singles Vol. 6, 1966]

Well known in it’s full, lavish pop arrangement on the Buffalo Springfield debut, there’s a joy in hearing the song played by NY in a solo acoustic arrangement. Ginger Wildheart once said that all good songs should work acoustically…and here’s your proof. Despite a few lumpy chords and ragged vocals, the heart of a great song is evident straight away. [Find it on the Neil Young ‘Archives’ box set].

Neil’s biggest vocal moment on the Springfield debut is arguably the achingly sad ‘Out of My Mind’, a song that suggests a troubled outlook on fame, barely before NY had actually had any. However, the straight up 60s pop rock of ‘Burned’ is almost equally brilliant in a different way, with Neil tapping into a brilliant beat combo sound with echoes of The Hollies and The Beatles. A tune that sounds best played loudly, the mono only recording reinforces its status as a 60s should-be-classic. [Find it on Buffalo Springfield’s ‘What’s That Sound? The Complete Albums Collection]

Another rocker, this Stills tune shows off some of Neil’s fine and fuzzy lead guitar work long before Crazy Horse gave him the perfect vehicle for indulgence. The extended coda with a cheeky nod to The Beatles and with Neil hammering at his strings suggests that being a member of Buffalo Springfield had it’s fun moments…briefly. Appearing on only the first mono edition of the Buffalo Springfield debut and subsequently ousted in favour of the hit ‘For What It’s Worth’, ‘Baby Don’t Scold Me’ was a genuine rarity for decades. An alternate version appeared on the 2001 Buffalo Springfield box set, but the original mono LP version wouldn’t appear on CD until 2018. [Find it on Buffalo Springfield’s ‘What’s That Sound? The Complete Albums Collection’]

The earliest complete solo show in wide circulation, the Canterbury House set gives an early insight into a few tracks that would soon appear on Neil’s debut LP. This version of ‘The Old Laughing Lady’ is superior to its recorded counterpart in every way. The guitar playing is ragged but strong, eventually reaching a brilliant peak when Neil launches into a choppy rhythm that sounds like his own riff on the folk standard ‘The Waggoner’s Lad’. …And if, to some, it sounds Zeppelin-like at a time when Led Zeppelin were barely even a thing, then so be it. Jimmy Page brazenly borrowed the same bits from Bert Janch’s 1966 recording ‘Jack Orion’ along the way. ‘Sugar Mountain: Live At Canterbury House’ also features plenty of other stuff that makes it one of your Neil Young essentials, including an unedited take of ‘Sugar Mountain’, an early performance of ‘Birds’ and a wonderfully sparse take on ‘Out of My Mind’. Neil’s banter is brilliant too, so there are no excuses for missing this CD. [Find it on ‘Sugar Mountain: Live At Canterbury House’] 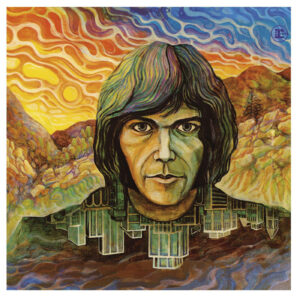 Never an album that gets mentioned among “fan favourites”, ‘Neil Young’ is the perfect continuation from the Springfield sound. Lavish production, fine folk-pop and 60s sounding rockers, with Neil’s voice in the centre. Decades on, the record seems dominated by early classic ‘The Loner’ and the big shaggy dog story, ‘The Last Trip To Tulsa’, but the record has a couple of other points of interest: ‘The Old Laughing Lady’ is a great example of NY’s growth as a songwriter (although live performances from the era are superior to the album take) and ‘What Did You Do In My Life’, a well-crafted 60s tune that blends folk, pop and rock in a way that simultaneously casts a weary eye back to Buffalo Springfield and pre-figures the summer of ’69 and the legendary Woodstock Festival. The way Young uses a heavily reverbed chord to punctuate the melody on the verse is interesting and his fuzzy lead guitar leading into the chorus hints at a future with Crazy Horse. In lots of ways, it melds all of Neil’s influences and skills into one two and a half minute musical package. For that reason alone, it deserves more love. [Find it on ‘Neil Young’]

Everybody knows ‘Birds’ as a mournful piano ballad from the ‘After The Goldrush’ LP, but the track was recorded in a full band version a year earlier. With a jaunty bassline and a more polished vocal, it comes across more like something leftover from the last Springfield sessions. Hearing it for the first time is like hearing the song anew. [Find it on ‘Archives Volume 1‘] 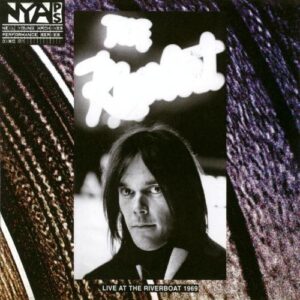 Whiskey Boot Hill appears more than once within the early Neil Young canon. A brief instrumental on his solo debut gives it a namecheck, but more famously it reappears during the ‘Country Girl’ medley on Crosby, Stills Nash & Young’s masterpiece ‘Deja Vu’. This recording of ‘Whiskey Boot Hill’ is an early version of what fans would soon hear on that LP, but without the huge organ sounds and confident and prominent backing vocals from Stephen, it sounds quite different. This performance is far more fragile – even Neil doesn’t sound too sure of his own performance at the start. [Find it on Archives, Volume 1]

Everybody Knows This Is Nowhere (LP track, 1969]

Neil’s second album under his own name will forever be remembered for its two epic tracks, ‘Down By The River’ and ‘Cowgirl In The Sand’, but the title track is one of its truest masterpieces. Crazy Horse’s 90s output and live shows often found the band as being “Godfathers of Grunge”, but this earlier track shows how they had influence in other ways. Without the jaunty country rock displayed here, Wilco certainly wouldn’t have been the same and you’ll find plenty to uplift your mood within the simple melodies and unfussy harmonies. This is one of the Horse’s greats. [Find it on ‘Everybody Knows This Is Nowhere’]

Omitted from the ‘Live at The Fillmore’ release, this take of the well known ‘Cinammon Girl’ captures the first line up of Crazy Horse with Danny Whitten in full flight. Whitten’s ragged harmonies suit Young’s own unfussy delivery and the band’s mastery of a garage rock riff is almist unparalleled at this time. Allegedly, the track failed to make the album due to a few dud notes, but there’s plenty on the CD that sounds much…rawer, shall we say. Giving this “cast off” status is a big mistake. [Available as a digital download from the vendor of your choice.]