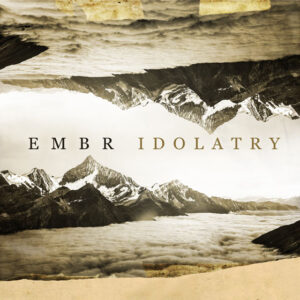 Their most obvious choice, Soundgarden’s ‘Mailman’, is played absolutely verbatim. Even Mark Buchanan’s guitar sounds tap into the same sludgy tones as Kim Thayil’s had back in ’94. There’s no point in messing with doomy perfection, and these guys clearly recognise that. They are, however, able to still make it their own due to a different take on the vocals and Crystal Bigalow approaches her performance with a power that lends an almost haunting edge to the performance, while the ease in which she nails the louder wails shows off one of the doom scene’s brightest talents. If you’ve ever had even the briefest passing fancy for the original recording – arguably one of the doomiest tunes found within the Soundgarden canon – then you really need to hear this ASAP. Similarly, ‘Junkhead’ (originally from Alice In Chains’ classic album dirt) is treated with the utmost respect, but by cranking the sludgier elements just a little and reinforcing the banshee wails, this version shifts from being a grunge anthem to a new doom masterpiece. The echoing sounds of Eric Bigelow’s drums give the recording a live in the studio feel which more than adds to the atmosphere, while Buchanan goes about a sludgy riff somewhat casually. Having already demonstrated a superb vocal range and very natural style, you might expect Crystal to steal the show here and, indeed, her sultry take on the verses has the potential to run rings around Layne Staley’s trademark croon. However, despite a superb performance throughout, the most memorable moment is supplied by Buchanan, taking Jerry Cantrell’s lead guitar break and subjecting it to a few multi-tracked effects, which removes the metal edges and makes it sound more like an electronically treated melody.

With regards to the other two tunes, things get rather more interesting. ‘Down’ – the opening track from Stone Temple Pilots’ fourth album from 1999 – gets a near complete overhaul. The riff is heavied up about three hundred percent and that might have been enough to make it worthwhile, but Embr add a few extra elements that help to make this really special. By shifting the groove laden grunger into the realms of sludgy, the band sound far more like they’re playing something that’s genuinely their own, but it also says a lot about the original recording’s swagger that it stands up to being manipulated in such a way. The stop-start arrangement is the perfect showcase for Crystal; she takes every opportunity to throw out some fantastic, almost bluesy wails – in a manner that Weiland would never have managed – and an unexpected shift into doom growls gives the performance even more of an aggressive edge. Faced with backing such a great vocal, the band give their all: Buchanan’s heaviest chops come through at every turn, and if anything heavier is needed, then Alan Light’s bass lends a dominant grumble and although Eric’s drums are heavy, they’re never completely dominant. When all of these elements come together, Embr sound like a truck and it’s pretty much guaranteed that Stone Temple Pilots will never sound the same again. Nirvana’s (somewhat overrated) ‘Heart Shaped Box’ is stretched out to almost twice its original length, but never purely for the sake of it. Here, the band uses their talents very well indeed, taking the opening haunting riffs and playing the spookiness for all it’s worth, with Crystal adopting a neo-gothic croon. Approaching the heavier chorus sections, the expected crunch is absent. Instead, Crystal delivers the now familiar hook with a disquieting cry – it’s incredibly effective…and surprisingly affecting. Embr’s typically heavy sound is introduced for the second verse, and Nirvana’s hit single is redressed as a slow, doom metal trudge. Monolithic riffs come slowly but aggressively, and Crystal’s vocal rises to a full wail. Regardless of the song, this is top drawer doom. By the time the vocals are interspersed with a few throaty growls, this menacing performance has it all. ‘In Utero’ has often split opinion and always been somewhat of a difficult listen. This opportunity to experience ‘Heart Shaped Box’ in a whole new way is certainly welcome – and if it wins Embr a few new fans along the way, it’s a job well done.

As a selection of covers played with love and just enough invention to make it worthwhile, this EP works very effectively. Once you take on board the basic fact that it’s a tribute to four alternative rock/grunge figureheads who are no longer with us, it seems to take on a much bigger importance. Embr clearly love these songs…and it shows. This EP may have been released as a surprise during 2020’s eleventh hour, but there’s nothing that ever suggests it was tossed off. It’s every bit as well crafted as the ‘1823’ LP – and as far as surprises go, they don’t come much better.