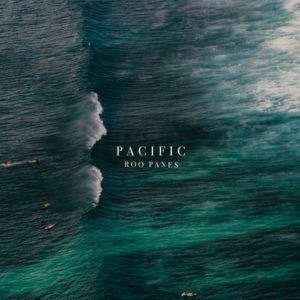 In the old days, record sales were everything. Bands measured their success by gold and platinum discs. With the advent of the internet – and more specifically the ability to stream music at the push of a button – the measure of success gradually changed. In a world of Spotify and Apple Music users, Roo Panes is a runaway success, having had his music streamed millions of times.

His measure of success may seem a world away from tradition, but there’s a lot about his music that has a very old heart. You only need to hear the string arrangements and rising tensions within ‘Listen To The One Who Loves You’, the lead track from his 2020 EP ‘Pacific’, to realise that. A fantastic song, it takes some of the melancholy from Roo’s previous recordings and adds a real grandiosity. His voice has a maturity and an inquisitiveness at once, as if his love of Nick Drake has finally been hijacked by Richard Ashcroft. There’s something defiantly Verve-like about this heart-swelling melancholy – and the use of strings, in particular – but the way this adds to Roo’s world of hurt without detracting too much from his vocal, something that still carries an ache that calls back to many forlorn voices of the late 60s, really lends itself to a very satisfying listen.

Focusing more on the acoustic guitar and a quiet sense of disappointment, the title track really showcases the performer’s timeless croon against more traditional folky fare. Listeners shouldn’t expect to be drawn in by a big hook straight out – this is far more about the words and a repetitive melody than anything really obvious – but the way the tune gradually ambles still has a great appeal, especially for listeners hoping to find an alternative to Tindersticks. Finally, a deep bass drone and understated strings flesh out a fine melody and as Panes slides gently into an understated finish, there’s a feeling this could be one of his finest tracks to date.

Offering something with a bigger electric bias, the jangling indie-pop of ‘The Sun Will Rise Over The Year’ seems far too optimistic considering the state of the world at the time of release. Looking beyond that, though, it’s a great track with echoes of ‘Songs of Innocence’ era U2 in the chiming guitar lines and a barrage of catchy as hell “la la la”s. Given the pace and optimism, it’s hard to believe this is the same artist heard truly wallowing just a couple of songs earlier, but it sounds like a natural musical shift, and by ending with a few sparsely played acoustic notes and a questioning vocal tone it brings things home to a sound and feel that’s more “traditionally Panes”. More minimalist acoustic strums make up the bulk of ‘There’s a Place’ until the arrival of a deep bass and a couple of Frank Turner-ish musical lilts, but if anything, it’s another four minutes that’s chiefly about a great vocal. …And with Panes sounding deep and rich throughout, there’s every chance that this track is destined to become a fan favourite.

For all of the wonder found within this release, there’s one track that sticks out – and not always for the right reasons. On first hearing, ‘Colour In Your Heart’ is a bit disappointing. Removing all of Roo’s usual warmth and replacing that with a big mechanised boom used as a heartbeat, the number taps into something a bit closer to Noah & The Whale and Lumineers. While it isn’t bad – the hook is plainly obvious and echoing harmonies lend a certain something – it doesn’t always sit well with this EP’s gentle melancholy. it’s obvious Panes is angling more for the adult pop end of the market and, perhaps, trying that little bit too hard to attract a broader audience.

Most of these songs are just…lovely. ‘Pacific’ offers something that is both rich in musical heritage and contemporary at the time of their recording. Earlier singles and the ‘Quiet Man’ album often marked out Roo Panes as an artist to watch, but this EP confirms his place as one of the era’s best singer songwriters. Despite the inclusion of one track that doesn’t quite fit, ‘Pacific’ is a highly recommended listen.