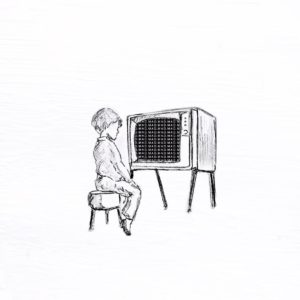 On their 2017 EP ‘Haze’, The King’s Parade presented a seamless blend of soft rock, blues and soul which captured their myriad of influences quite succinctly. It wasn’t everyone’s cup of tea: some chided the band for being too “easy listening”, but the release gained solid support from listeners who actually understood that not everything has to be ground breaking or edgy. There’s praise enough to be given when music is played well – whatever the style – and throughout ‘Haze’, The King’s Parade truly excelled.

A follow up felt a long time in the making, but 2019’s ‘Mad’ EP was worth the wait. Wasting no time in presenting their strongest musical suit first, the title cut revisits the same soft blues guitar lines heard on the previous EP’s best moments. There’s something at the heart of the arrangement that, at first, suggests it might wander into Black Keys territory but, at the point the chorus takes s hold the band strike up some amazing soulful sounds which, as before, really allow vocalist Olly Corpe plenty of room to show off an amazing set of pipes. The combination of mellow guitar lines and his full-bodied voice really carry everything, but almost every element of this track is honed to perfection. The overall mood is one where it’s easy to imagine this being covered by Hozier, or perhaps Sam Smith…if only he would ever stretch out and do something interesting. Simply put, in these four minutes, The King’s Parade present their finest recording to date – and repeated listens only reinforce a feeling of all-round brilliance.

With plenty of warmth, ‘Mistakes’ carries on in a similar vein augmented by some great rhythmic toms on the verse, before breaking into a brief chorus hook that sounds like a cross between an old soul-pop band and a deep cut from Ocean Colour Scene. The way a slightly reverbed guitar blends with the vocal provides a great backdrop throughout and on a base level, it’s another track that extant fans will love instantly. However, subsequent listens slowly uncover some fine subtleties, both from Chris Brent filling space with percussive work and from the way a solid vocal harmony really fleshes out that already great chorus.

Not quite as immediate, ’20’ finds Olly reaching for higher registers against a more disjointed arrangement. While it could still be considered good pop, more of an influence from hit-makers like Bruno Mars and The 1975 make it sound a little more throwaway. A couple of listens is enough for this track to grate slightly, unfortunately, but thankfully, ‘Good Excuse’ closes the EP with another winner. Some very rhythmic drum work underscores sparse guitar lines and a subtle piano from the outset and in a detour from previous tunes, the verses very much suggest it’ll be the jazzy guitar tones that leave the strongest impression. However, as the band change mood and key for a big chorus, their love of soul influenced pop really, really shines. As you might expect, Corpe approaches his broad vocal range with comparative ease and the way his performance rises smoothly at the point where the music throws in a couple of quirks is something really makes the track. For lovers of contemporary pop with an underlying feel of old soul music, this is a must hear.

If you didn’t like The King’s Parade previously, then nothing here will change the way you feel about them. That’s your loss. This EP places the band further up the ladder of success with at least two pieces of near-perfect adult pop-rock, and in Corpe, especially, you’ll discover one of the UK’s best unheralded voices. Even with one track that isn’t quite up to The King’s Parade’s usual standard, overall, this EP could still be considered one of the year’s richest musical treats.