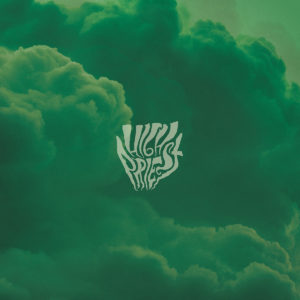 Formed in 2016, Chicago’s High Priest mix doomy metal and heavy blues sounds in a way that’ll be guaranteed to please fans of ‘Americas Volume Dealer’ era Corrosion of Conformity as well as those who’ve made it all the way through the particularly lengthy 2CD edition of Jerry Cantrell’s ‘Degradation Trip Vols. 1 & 2’. Here is a band that not only loves a heavy riff but truly understands that heaviness is at its most effective when applied to a strong melody. As a result, ‘Sanctum’ is a must-hear.

The EP wastes no time in announcing its riff-based intentions, since the opening number ‘Descent’ doesn’t even have an intro to speak of. After just one very heavy chord, Justin Pearce’s lead vocals take a commanding presence. The use of clean singing is extremely welcome here as it immediately sets up a fantastic contrast between weightiness and tunefulness and, as such, the band set about a sound that falls somewhere between Cantrell and UK alt-metallers Awooga. Everything gets off to a great start, but it’s after switching gears for something faster that things get really interesting… The track’s instrumental section absolutely slays with the presence of twin lead guitars and an almost Southern groove that has even stronger links with classic Corrosion of Conformity, before branching out even further for a swaggering and heavy riff that could easily be ‘Sabotage’ era Black Sabbath reworked by an even doomier outfit. High Priest’s unashamedly old fashioned style means there’s even time enough for a few lead guitars on loan from a mid-80s Maiden number too, which ultimately takes an already great track and gives it an extra lift. In so many ways, this is classic metal; a sound that leaves an absolutely flawless first impression.

The three tracks that follow are almost an equal match in quality. ‘Creature’ kicks of with a stoner driven groove that takes a huge influence from Fu Manchu, while a moodier chug fills parts of the verse with something drenched in attitude. By placing Dan Polak’s drums higher in the mix, there’s a feel that’s even heavier than before – his drums even drown out a few of the vocals in places – and while this might not be as immediate in terms of actual hooks, the riffs are enough alone to see it through. Stretching across a dense four and a half minutes, you’ll hear plenty of heavy Southern-ish elements, along with nods to Goatsnake and Awooga but, as before, the highlight comes when a perfectly executed twin lead briefly steers everything in a very 80s direction. Combining a mean swagger with a stoner influenced fuzz, ‘Paradigm’ often comes across like Down fronted by Zakk Wylde and despite sticking firmly to chosen genre constraints, it actually manages to be an EP highlight. The twin lead sounds compliment a huge bass buzz throughout, while in terms of performance, Pearce puts in his best with a vocal that cries from within the wall of sound. Simply put, this is excellent stoner metal – an easy match for at least a half-dozen bands with a world famous pedigree.

To finish, ‘Offering’ kicks off with a menacingly slow riff that’s worthy of Electric Wizard, allowing the bass and drums to lock into a funereal battle of musical wills, over which the lead vocal croons and cries in a manner that’s truly deserving of something derived from the mighty Sabbath. While, perhaps, more of a concession has been made to add a bigger vocal hook, that still isn’t as big as the riffs themselves and when trading in the groove-laden stoner chops for a purer doom aesthetic, High Priest sound absolutely menacing. This is a track that needs a little more time to embed itself than the others; a lack of 80s oriented solo means the focus is more upon the heaviness than an overriding melody, but within its seven minutes, listeners will get a much deeper insight into what makes these three musicians really tick. …And a cheeky nod to Sabs’ ‘Into The Void’ provides the perfect climax!

‘Sanctum’ might only feature four songs, but its heavy and rich sound is enough to ensure a high quality throughout. You won’t necessarily find anything very original here – High Priest so often sound like a fantastic blend of their core influences – but you’ll find riffs played with style and absolute conviction. If you like a heavy, doom-ish riff this easil worth a listen, but if you aren’t adverse to decent melodies taking root, chances are you’ll get even more listening pleasure from this amazing release.