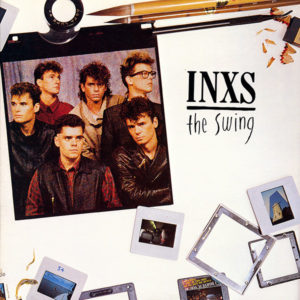 There’s almost certainly fan demand for an expanded version of 1985’s ‘Listen Like Theives’ with bonus live material. Similarly, there’s potential for a double disc version of 1990’s ‘X’ due to a disc’s worth of non-album b-sides and mixes. These albums were best sellers in various territories but an expanded version of either has yet to appear. There are rumours that Giles Martin has worked on materials for a deluxe reissue of ‘Welcome To Wherever You Are’, but nothing has materialised, so it’s probably best not to hold your breath for a release any time soon.

Given the relative disinterest in the INXS back catalogue by the money men, perhaps the biggest travesty to date is the lack of an all singing, all dancing reissue of 1984’s ‘The Swing’.

INXS’s fourth album marked a change in the band’s fortunes. The more definite shift from post-punk and new wave sounds (spurred on by the previous album’s brilliant ‘Don’t Change’) broke the band outside of Australia, gained them hits in Euro territories and saw them working with legendary producer Nile Rodgers.

It’s an 80s album that sounds like the perfect time capsule for the middle of the decade, with plenty of pointers towards the more familiar ‘Kick’. What’s more, the single releases spawned more than enough extras to fill a second disc of curious, most of which have never been on CD.

Better yet, ‘The Swing & Other Stories’, a companion home video release featuring band and fan interviews, promo videos and live clips acted as the perfect document of where the band stood socially and artistically on the cusp of their bid for world dominance. This hour long feature has never been reissued…and there have never even been whispers of it getting it back out there on a useful format.

A near-perfect, mid-price box set of ‘The Swing’ could look something like this… Such a pity the thirtieth anniversary came and went unnoticed… Still, the fans can dream.

DISC ONE: The Swing
Original Sin
Melting In The Sun
I Send a Message
Dancing on the Jetty
The Swing
Johnson’s Aeroplane
Love Is (What I Say)
Face The Change
Burn For You
All The Voices