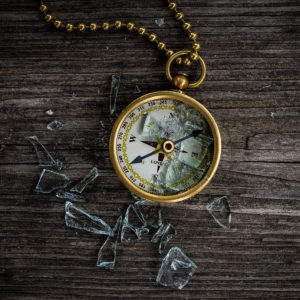 With lyrics concerning mortality, life’s struggles, lost women and travel, it’s an album that does a fair amount of soul-searching within it’s all too brief half hour. Within that time, though, Hinson shows a real affinity with a lyric and more than proves to be an artist whom recognises a perfect musical accompaniment for those words almost every time. ‘What Do You Make of The World’ opens the disc in a fashion that’s typical of at least fifty percent of what follows: although it quickly becomes its own thing, there are hints of Dylan’s ‘I’ll Be Your Baby Tonight’ in Hinson’s chosen vocal melody, while the music leans towards ‘Nashville’ era Josh Rouse and the much neglected LP by Five Easy Pieces. Hinson’s voice, meanwhile – a friendly hybrid of Rouse and Adams – comes across with the feeling of an old friend. These are very attractive qualities right from first hearing. His band come across with the manner of old pros; the rhythm section sets everything up with a pleasing mid-pace, and although the country tones that inform Hinson’s chief musical interests are at the poppier end of the Americana scale, the results are just lovely.

After a rousing opener, ‘A Sad Apparition’ ushers in something more melancholy as Hinson weaves a tale of feeling emotionally lost, likening himself to a ghost. The afterlife intrudes further upon the present with the protagonist telling of an other-worldly encounter that sees him moving from the physical to mere presence and back again, as he falls for a girl from another world. He holds the apparition at a séance and fights off various jealous ghosts in order to keep her for himself. He knows “it ain’t right to live like a ghost”, but one kiss from the girl sets everything right. As a metaphor for feeling incomplete, it works well enough; this introspective song writing provides a real highlight for the album. Musically, nods to The Cardinals are wholly sympathetic to this oddball tale, especially with the way a mournful violin maintains a strong presence, almost sweeping across the bass and organs with a spectral presence itself. With a pulsing beat and almost whimsical vocal melody, ‘Eva Serras’ feels like a sidestep at first, but a full blooded chorus makes everything seem like a logical extension of musical ideas. The way the piano melodies weave in and out of the pulse beat becomes more impressive with each listen, while lyrics concerning relationships, sadness and looking for good where you can find it also seem to explore familiar themes from the earlier tracks.

Stripping everything back for ‘Lake Jupiter’, Hinson strums mournfully at his guitar, while occasional piano chords step in to bolster the sound, before a soft vocal and violin take a strong hold. The wistful music requires an equally wistful voice and the words are hushed accordingly when recounting a tale of an afternoon by the water. Pushing Hinson further into the role of acoustic singer songwriter, the sparse arrangement gives the lyric much less to hide behind. On the surface, it all sounds serene, but all the same, there’s something uneasy about the way this track builds – and the way everything falls away at the end after reaching a crecendo with increased use of violin only confirms such a feeling. As before, this is a number for fans of Ryan Adams at his most maudlin, or perhaps those with a love of Glenn Philips might really connect with this tune. Four songs in and there’s now no doubt that this record is an under-appreciated gem…but it gets better! A contender for the album’s best track, ‘The Contender’ brings Jackson Browne-ish sounds to the fore, with the rhythm section keeping a steady pace, while acoustic sounds meet an old style organ. After a couple of verses, the whole band is in perfect sync with bass at the fore while Hinson sings rather plainly about feeling misplaced once again. Like a mix of ‘Lake Jupiter’ and ‘A Sad Apparition’, this Josh Rouse-esque number is the pinnacle of everything Hinson aims for both musically and lyrically; a combination of beauty and unease…and with a thoughtful yet brief lead guitar break on hand to give everything a lift, this track is just stunning.

Trading in the country influences for folk, ‘Gateway To The West’ allows the opportunity for fingerpicked goodness on a travelogue concerning pastures new, a man called Jim and a girl contesting attention. Like a musical approximation of a Kerouac tale, the characters are ordinary yet broadly drawn, while the chosen musical arrangement lends the storytelling a constant feeling of never-ending motion, as if we’re all being propelled along a road that has an inevitable end. Tiny fragments of the Paul Simon composition ‘A Poem On The Underground Wall’ jostle with more Americana moods, leaving behind something that couldn’t be attributed to a particular time. Keeping with the folk themes, ‘Shot In The Dark’ works more finger picking, this time allowing the slide of fingers on frets to feature prominently before ushering in the rest of the band. While it doesn’t add anything new to Hinson’s range of musical messages, the recording is stellar, with a tune that straddles a fine line between mellow and full-bodied. The inclusion of wordless backing vocals makes the tune seem as if it’s reaching higher than it ever reaches but, as is so often the case, it’s Hinson’s gift with a lyric that wins the day – in this case he opines that we’re all so small – “just trying to play a part” and how we’re “just one more shootin’ spark” in the grand scheme of things. A cheeky nod to the Kansas hit ‘Dust In The Wind’ is a nice touch, too.

Bringing things to a close, the title cut features the same kind of warmth present on most of the previous tracks, as a soft voice combined with a deep twanging guitar is results in a wonderfully retro sound. Despite the bones of the track working very much toward the tried and tested, this is noticeably weaker than so much of Hinson’s work. The simple rhythm allows his clean guitar to cut through, occasionally past his breathy voice, but measured against everything so far, a one line hook is a bit of a comedown. With the narrative leanings of the verse carry some much of his signature style, it should certainly work better than it does. On top of that, the near constant presence of a muted trumpet proves a huge distraction. All things considered, of course, it’s a minor misstep and doesn’t detract too much from the album as a whole, especially coming at the end as it does…and the journey to this point has been pretty special, after all.

This is a huge step forward from Hinson’s 2012’s release ‘Hollowbody’. His song writing has started to mature and production wise, it’s a much warmer album. If there’s any lasting feelings left behind by this collection of songs, though, it is that they have a swelling heart and an overflowing sense of the human spirit. That spirit may be restless, even broken at times, but its always there, hovering over everything. Within these eight tracks, Hinson shows off a huge talent for both crafting melodies and distinctive tales: these things combined make ‘Nothing Is Destroyed’ a must-hear.