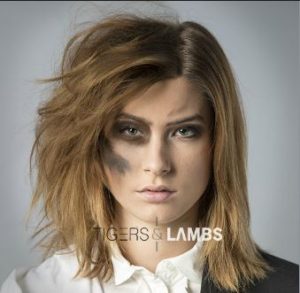 The band’s follow up release, 2017’s ‘Tigers & Lambs’, proves that theory to be more than correct. Not only are Alter Eden back, but the opening title track suggests they’re back with a bang. This number hits you in the throat almost from the get go, as drones are punctuated by a math rock crunch before the band explodes into a fierce alt-rock noise. The guitars have a particularly savage tone, while vocalist Nick Pilgrim steps up to the plate with a passionate performance that’s equal parts anger and despair and it really works. A more melodic chorus suggests the band are still interested in hooks, but it’s largely down to the two main riffs to carry everything – and whether a driving sound which evokes earlier Biffy Clyro in a strop or a throwback to Rage Against The Machine’s powerful heyday, both are tackled with near perfection. ‘Colourless’ follows with a bigger sense of force, coupling a Rage-influenced riff as opening gambit with an unrelenting speedy verse where guitarist Alex Coleman throws out harsh chords at quite a rate. A complex and jazz-inflected drum part keeps everything exceptionally buoyant; ts general quirks stop the track from ever dropping into an impenetrable and challenging noise. In short, within these few minutes, Simon Whitney proves himself as a great player. In terms of making sure their second release trumps their first, Alter Eden couldn’t have chosen a better opening pairing. It’s been said many times, but in this case it bares repeating: the sequencing of a release is crucial. It can be make or break.

At what would seem to be a natural time to explore something more sedate, AE have no such plans, with ‘Resent/Relent/Repeat’ delighting in a crushing riff, some heavy drumming and a selection of muted math rock chords. It doesn’t have the immediacy of the previous numbers, but wins out on riff alone and a harmony fuelled chorus truly accentuates the band’s preferred wall of sound approach. With a selection of tough riffs and a big hook, this hefty, chopping beast of rock has plenty to recommend it, while ‘Only Human’ goes headlong into post-hardcore noise and progressive metal territory. Here, Pilgrim does his utmost to sound like a more aggressive Brandon Boyd during a rather slight verse, with a feeling of wobbliness. That verse is more than made up for when the chorus presents itself as a classic, unashamed slab of alt-metal with a huge screaming hook. A dual vocal increases the tension and few proggy flourishes ensure this doesn’t wander too far into something that sounds too much like Muse played in size eleven boots. It might well be another instance of Alter Eden throwing everything out there to see what sticks, but luckily, somewhere behind the heavy riffs and relentless sounds, there’s a great number fighting its way to the surface.

Huge alt-rock chops cut their way through ‘Count Your Sins’, first with a full boorish sound, then with a more measured choppiness. The contrast between the two informs the bulk of the track, while occasionally dropping into something quieter. Pilgrim raises his voice to suit and the results are potentially overbearing. Unlike most of AE’s material, this track values sheer volume almost to the detriment of everything else. There’s a deep drum part and a deeper droning guitar part bravely attempting to add extra layers of interest, but overall, this doesn’t quite work. It might be a case of a number that sounds much better live, but as far as this studio take goes, it’s all rather too much like hard work. Luckily, though, things are about to go out on a high… Having already worked through a few touchstones of alt-rock with their own twist, ‘We’ve Had Enough’ shows no sign of the band running out of steam, as a jarring, slightly shrill guitar collides with a furious drum line, before ushering in a quasi-Incubus sense of funk. Pilgrim’s dominant and slightly shrill voice goes a long way to making this sound like the work of Alter Eden themselves and not just a melting pot of influences, as he wails with passion, giving the musical equivalent of a scenery chewer (albeit in a good way). From the outset, this track rarely holds back – only a couple of quiet bars allow any sort of respite – but it’s with the instrumental section adding something heavier still where this track moves from good to great as the sheer weight of some of the earlier tracks really comes into it’s own. Add a few gang vocals and a couple more math rock edges and it becomes a real kitchen sink affair…perhaps the perfect place to bid the listener goodbye.

At the time of this release, too many people seemed to be getting excited about Elbow’s ‘Little Fictions’, but frankly, you can take that album and shove it. Despite what the media wants you to think, Elbow are not the saviours of British rock, but peddlers of dreary and dull rock music for men without imaginations – the emperor’s new clothes with a miserable drawl. There are far more exciting things happening on the UK rock scene…and ‘Tigers & Lambs’ is right up there with the best. More than the sum of its influences, its half-dozen tracks show intensity, vitality and commitment by the bucketload and the end results are often both vigorous and genuinely thrilling. On the basis of this EP, even with one track missing the mark, Alter Eden genuinely deserve some of that attention foisted upon some of the big name bands.