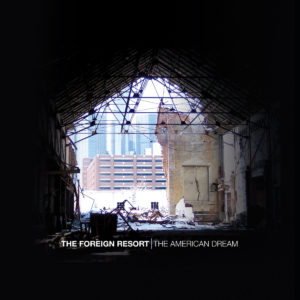 ‘Under Bright Neon Stars’ has a similar retro presence, with cold guitar lines cranking a shimmering riff against a mechanised and almost dancey drum beat. The intro suggests more love for Joy Division and New Order, but once Jacobsen starts to sing, all becomes much clearer. His vocal presence is wholly naturalistic, shifting the balance between a croon and a wail throughout; with that, a massive bassline cuts through the beats, it’s striking sound pushing the track ever closer to The Cure’s cold and unforgiving, narcotic-infused ‘Pornography’ sessions. Somewhere within this relentless sound, the hooks are as good as before, delivered by a vocal brimming with self-belief. This love for the alternative sounds of 1982 shines brighter than a thousand suns.

Moving onto the previously unheard material, there’s no dip in quality, with the buzzing and robotic ‘Onto Us’ flaunting lifts from a few Joy Division records with utter glee, as the programmed rhythm tracks throw out dry slaps of noise and the overdriven bass cranks a huge riff. Over all of this – at least at first – various guitar sounds appropriate the presence of sirens. With such a confronting and fairly stand-offish quality, it’s easy to hear why these guys have shared stages with New York shoegazers A Place To Bury Strangers, and even though most of their output isn’t anywhere as distorted and ugly. They have a definite presence. With the introduction of the lead vocal, the tune takes a left turn and shifts more focus towards the bass. For the first time, Jacobsen sounds unsure, but within seconds it becomes clear this is more of a stylistic aloofness that is well suited to the chopping and mechanical beat. Injecting noisier elements between the verses, the shoegaze quota is met, while a more melodic lead guitar overlaying everything is on hand to remind of The Cure once more. It isn’t as immediately appealing as ‘Suburban Depression’ but, all the same, given such a great bassline and a near six minute canvas, The Foreign Resort work hard to ensure there’s a big and gothy appeal…and by the time the tune descends into feedback, there is, indeed, a strong urge to listen again.

‘The New Blood’ offers a swathe of manipulated feedback from the outset and momentarily sounds as if Killing Joke’s ‘Love Like Blood’ could emerge (perhaps intentionally, given the chosen title), but a frenzied drum machine quickly sets about fusing the band’s New Order obsessions with the kind of uptempo loops from the imagination of Pop Will Eat Itself remixed by Orbital. It’s jarring at first, but by the time the first chorus is reached and your ears attune to the speed, there’s another good track trying to escape. Perhaps to counteract the rhythm, the vocals seem more forceful, while the sheets of cold sounding synths evoke spirits of 80s shoegaze. Overall, it’s the EP’s weak link, but even here, the band’s fascination with classic goth and shoegaze sounds is very much in evidence and still has good moments. It’s good rather than great, but given that the other tracks are so strong, it’s easy to forgive this more wayward experiment. Set closer ‘Skyline/Decay’, meanwhile, doesn’t attempt to grab attention too quickly. The opening movement of a six and a half minute epic is minimalist to say the least, as keyboard chords waver with occasional guitar notes hinting at something beneath. …And then, somewhat predictably, the drum machine ushers in the bass and Steffan Petersen sets about driving the tune with a superb riff that combines the very best elements of both Peter Hook and Simon Gallup. The once understated guitars set about topping the music with a very appealing and melodic twang and the frenetic bass never abates. The vocals are quieter than before and play a minimal role throughout the first half of the track, only rising to channel the youthful Robert Smith much later. This gives a feeling that The Foreign Resort know the tune is far more important than anything else – and rightly so, for what a tune it is!

At just five tracks – essentially half an album – there’s a feeling of being left short once the music stops. With this release, The Foreign Resort exceed all expectations. ‘The American Dream’, in the hands of these Danes, comes out ironically very British and for lovers of The Cure’s ‘Seventeen Seconds’ and ‘Pornography’, of Killing Joke and early New Order, should provide an entertaining listen. While almost everything is derivative of a handful of alternative 80s acts, few have recycled with such class and panache.