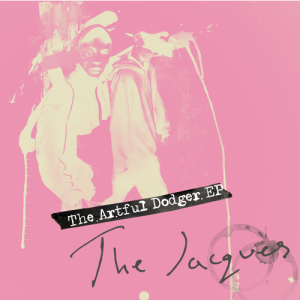 While the band just about get away with that on ‘This Is England’ and the title cut with its collision of rumbling basslines and hefty guitar chops (often coming across like an unfocused Arctic Monkeys covers band), the other tracks are much less sympathetic.   From the start of ‘Down & Out In London and Tokyo’, a bass pumps in the manner of a sixties mod classic channelled via Paul Weller’s own interpretation of ‘A Town Called Malice’, played by Sunderland’s Frankie & The Heartstrings.  This, most obviously is a good thing. The guitars jangle in a 90s Britpop style – hinting at the more forgotten end of the spectrum of bands like These Animal Men – and the over-riding rhythms are solid.  …And then, naturally – and rather unfortunately – the vocal insists on making an appearance…and it’s so squeaky and childlike that you’d wonder why you’re bothering to listen, especially since you almost certainly own many similar releases of a much higher calibre.  Showing that someone in the band has a knack for arranging and appreciates that speed isn’t always most important, ‘Painkiller’ works around a moody riff, echoing feedback and a strutting confidence; high pitched tinkling guitars provide a strong melody on the verse, while a groove-laden bassline borrows a slight influence from Franz Ferdinand.  Shifting into the chorus, everything increases in volume, while the vocals sound like they’re busting a gut to deliver something with actual gravitas.  Yes, the fact that this band has a family bond and made up of two sets of brothers is important, but it may be time to get a decent singer…it’s likely that there’s a better singer already on board.

Very much a case of decent tunes marred by largely forgettable songwriting and some truly abysmal vocal performances, those hoping for something with a genuine all-round appeal will find themselves sold short with regard to these songs.  They have energy rarely heard since Arctic Monkeys dropped ‘Whatever People Say…’ in 2006, but seldom anything to back that up. Many might even find themselves wondering why a few key music figures and parts of the mainstream media have been so excited by this band…but then again, some people believe Pete Doherty to be genuinely talented.