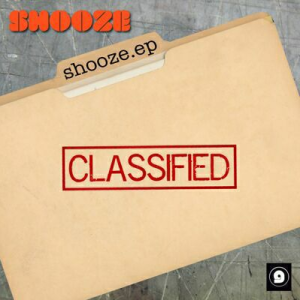 In the early 80s, the Midlands was home to a few reggae and ska bands with a disheartened view of life under the burgeoning Tory government. While the messages from those bands may seem to some to be relevant only to the times in which they were created, the political messages have endured the passing decades and – frighteningly, by the summer of 2015 – some seem as relevant as ever. The bulk of UB40’s first two albums are filled with biting political and social commentary, their ‘Madame Medusa’ arguably the most savage anti-Thatcher song ever. The Beat, meanwhile, mixed old ska classics with more of the same levels of anger – their ‘Stand Down Margaret’ choosing a more obvious message over UB40’s dystopian horror tale, but their upset regarded the same issues as the bulk of the young left in Britain at the time.   Over the years, many other bands mixed reggae with punk politics and anger – usually citing either the 2-Tone scene or The Clash as a vital influence.

When done well, the mixing of reggae and punk in a Clash style is a stylistic choice still capable of acting as an effective musical suckerpunch, as is the case with this EP by Redditch based outfit Shooze.  As fitting of their neighbourhood surroundings, their crossover style is hard-hitting with a dark undercurrent.  With ‘Animal City’, the band marks this territory instantly.  With a slow reggae-based groove, thoughts of The Clash’s ‘Guns of Brixton’ will likely emerge from first hearing, thanks to an incessant bassline colliding with a tale of urban unrest.  A deep saxophone parps a refrain, the brassy presence setting out to disturb rather than uplift while a chunky guitar links these elements with a defiant grittiness.  The cross-genre sound will be pigeonholed by some as skacore, but the street vibes suggest something deeper than that; the band’s bleak outlook about as far removed from Less Than Jake’s faux-teen angst and Florida (and the other things so oft-associated with punk/ska crossovers) as can be.  The measured and thoughtful approach combined with a political eye puts this in the frame with work from US Clash obsessives All People and Manchester’s own genre-terrorists Sonic Boom Six, and in choosing that as their musical manifesto, Shooze are in fine company indeed.  It’s not a one shot deal either; their painting of everyday troubles provides inspiration for the savage ‘Minimum Wages’ – the commentary of which is as obvious as suggested by the title.  Driven by the solid bass work of Ryan Kings, the music has a strong dub influence, the notes pounding underneath vocals that resemble the toasting of Sonic Boom Six man Barney.  The combination of tuneful sax, great bassline and tale of deep dissatisfaction make this number an instant classic in its field.   The vocals – supplied by Jon Kings – are never content to play second fiddle to the excellent musical arrangement: as the homage to being underpaid in a shitty job pulls to a close, he channels all of his anger into a repeated refrain. “Here comes the taxman” he shouts, before delivering an all-important and utterly scathing payoff line: “it doesn’t belong to you / fuck the taxman”.  It mightn’t be as user-friendly as George Harrison’s 1966 bemoaning of similar money-related pitfalls, but it’s great; it gets the message across and shows this trios talents off very well indeed.

Cranking out a punchy bass against hard struck chords, ‘Cruel Love’ has a classic reggae base, but the increased presence of guitars always suggests Shooze are always going to appeal to those into various crossover styles as opposed to more purist reggae listeners.  The less angst-ridden vocal allows more of a melodic edge to Jon’s performance, adopting a crying tone.  It’s a style that suits the musical backdrop well, but all too often his message drowned out by the great music.  The sax is always there without being intrusive, the bass calling the shots – the end result having a passing resemblance to Skindred’s in a very mellow mood.  The lyrical anger returns on the solid ‘Rollin’ On the Wrong Side’, a tale of a police raid and police brutality, a tune ending with the sounds of someone instructing “get on the floor, get your hands behind your head.”  The band tackle this biting commentary with their usual style – in terms of musical performance, there are no weak links; Ricky Lee Cooper and Ryan Kings show off their talents as a no-nonsense rhythm section while the guitars lay down a great choppy edge throughout.  In many ways, this joins ‘Animal City’ as the best example of Shooze’s song writing abilities.   Heaviest of all, ‘Trouble In London’ works a huge bass groove and unsettling echoed vocals on a tale of murder, hidden paedophiles and other disturbing things within the shadows.  The gang vocals and stark imagery presents the bleakest side of inner-city violence, before reminding us how those with money are detached from society.   It may be as subtle as a brick, but it makes us think and surely leaves us wondering, has anything really changed since ‘Ghost Town’ by The Specials some thirty five years previously?

These five songs come with brains, plenty of attitude and some great musical arrangements.  For those who love the earlier work of Sonic Boom Six, All People and tough reggae rhythms dished out with a rock edge, ‘Classified’ will prove a thoroughly enjoyable listen.