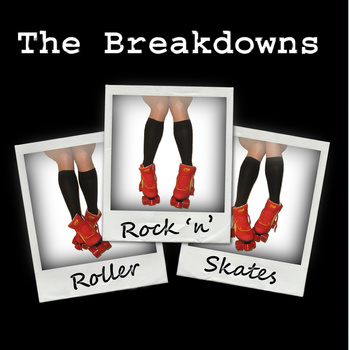 There’s no messing here; ‘UK Youth’ opens this third full-length, capturing the guys in full punky flair.  The guitars clang at fairly high speed as they change between muted chords, noisy glam rock that sounds like Poison’s debut album cranked to the max and a Rocket From The Crypt-esque riff.  If the riff doesn’t get you the rattle of the drums and the enthused vocals really will.  In two minutes, The Breakdowns have floored their existing fans and won a few new converts in the process.  Similarly energetic, though injecting a little more pop, ‘Mainline Waiting’ brings fast and slightly glammy guitar riffs and a tough rhythm section, all providing the perfect setting for a surprisingly disjointed vocal performance.  It’s with the appearance of a scorching rock ‘n’ roll lead guitar break that the number really asserts itself, and even pulling in at three and a half minutes, its consistently sharp and punchy, never sounding padded or flabby.  If you’re new to The Breakdowns’ work and either – or perhaps both – of these tunes catches you, the album brings plenty more greatness.

‘Stack Em Up Buddy’ brings a feelgood riff and snotty vocal resulting in something that sounds like the bastard child of the youthful Nick Lowe and Ramones, making best use of a gang vocal and superb driving rhythm, while ‘Sweet Pamela Jane’ combines overdriven guitars with a bar-room grittiness evocative of Dogs D’Amour.  The latter in particular has a style which brings out the best in the neo-sloppy lead guitars and Joe Maddox’s naturalistic approach to a vocal. With ‘Off The Record’, the guitars still maintain a very strong presence, but at a more mid-pace, influence from the US first wave of power pop is unavoidable.  Like a cross between a more tuneful True Hearts and classic Flaming Groovies, there’s a sixties vibe cutting through the centre.  It may not be as instantly thrilling as some of the material on ‘Rock ‘n’ Roller Skates’, but a full-pelt guitar break is close at hand to show the band are in no danger of wimping out. 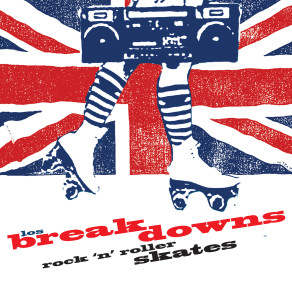 ‘Sometimes I Try To Hold On’ fuses the Flamin’ Groovies-isms with a huge swash of influence from the largely forgotten Beat Angels – largely thanks to the pleading vocal style – while throwing another glam-edged stomp into the mix for good measure.  As with most of the tunes on this disc, the guitars are firmly in the driving seat, but the drum sound is really solid in an old-fashioned sense, while a rising bass adds a little more flair here and there.  In terms of melody, it’s one of the Breakdowns’ strongest tracks, even though it doesn’t necessarily have the energy of some of its peers.  ‘Waiting On Perfection’ is guitar-driven bubblegum perfection, allowing each band member plenty of opportunity to shine.  With a strong rhythmic backbone and equally simple but cool riff, there’s a truckload of melody within this three minute nugget, like finding that Shoes had discovered an unheard Cheap Trick demo.

The top-quality tunes just keep coming…and what’s clear when listening to ‘Rock ‘n’ Roller Skates’ is that The Breakdowns are a hugely accomplished bunch of musicians.  Whether tackling the punky material like ‘UK Youth’, power pop, or slowing things right down as they do during the ‘Tears On My Pillow’-fixated ‘It’s Only Love’, there’s no faltering – each style sounds as if it comes completely natural to the quartet.

‘Rock ‘n’ Roller Skates’ is a bit of a mixed bag stylistically, but there are no obvious weak links and its eleven tunes pull together and leave behind a really fun record.  If you dig power pop with a distinctly seventies, slightly glam influenced sound, it really should be on your shopping list.