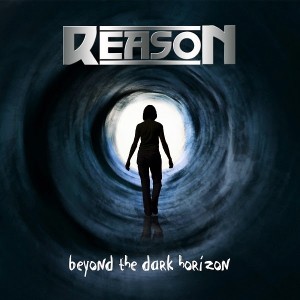 Kicking off with old-school staccato riffs, the heaviest of the previously unheard tunes, ‘Synchronized’ promises big metal sounds just over the horizon. Just as you feel the riffs are about to go in a very traditional direction, however, the band turn towards something hinting at European progressive metal, leaning heavily on the keys.  When the guitars reappear, there’s a strong bottom end surrounding a finger picked riff that’s strong in its appeal.  Recording budgets are belied by the hollow-ish drum sound, echoing and farther back in the mix than you’d expect, but any shortcomings are more than made up for with a well arranged, complex tune and quasi-melodic chorus, on which vocalist Paul Mace sounds confident.  With a bigger budget, this could really catch the ear – as it stands, though, its a solid piece of melodic hard rock and clearly the work of a band who’d sound great playing live in a small venue.

With a choppy 80s riff structured around chords that sound like they could break into the James Bond theme at any given moment, ‘Sacrifice’ doesn’t mess around.  No sooner have Reason raised interest with that simple yet familiar riff, the drums crash in hard before the rest of the band settle into a groove that’s hard and classic sounding, over which Gil Hird throws in a blanket of pompy keys, thus giving this number – again – a very Scandinavian feel.  Melodic rock die-hards will know exactly what this means, but for the more casual listener, the end result is a great slab of old-fashioned rock that, although hampered a little by the budgetary constraints, is appealing in its familiarity.  A touch softer, ‘Fire Eternal’ allows bassist Graham Corbett a chance to shine as he pumps out a few bottom end notes during the opening verse, over which Mace taps into something more melodic vocally.  A key change into the pre-chorus is both classic and traditional and while the chorus itself is a tad marred by muddy sound, there’s the basis of something enjoyable lurking within.  The fact that the opening lead guitar riff sounds like KK Downing – with more than a striking similarity to Judas Priest’s own ‘Rock Hard Ride Free’ – is very much a plus point…and may raise a knowing smile in the process.  There’s no way Reason aren’t giving the Metal Gods a nod of approval here.

Bringing the EP up to the required four song length, the band reprise an old number ‘Rise’, remixed by legendary producer Beau Hill (a man perhaps best known for his work on the early Warrant albums).  For melodic rock fans this is bound to be the best-loved cut; not just through its connection with Hill, but also for heavying up a tried and tested riff rather effectively and for a particularly fine guitar break (veteran of several independent bands, Chris Gyngell is a gifted player to say the least).  While none of this number’s core elements may be surprising, they all come together in fine fettle, bolstered by a huge compliment of keys once again.  For first time listeners, this is an example of Reason’s brand of hard rock heard at its best.

While the main sounds are distinctly DIY and the demo quality recordings don’t necessarily do the material full justice, these songs still come with a reasonable amount of power when played through decent speakers.  Hovering somewhere between classic eighties metal and the kind of European pomp favoured by the Escape Music label, these numbers will potentially appeal to a core of melodic rock fans who like to keep things traditional.