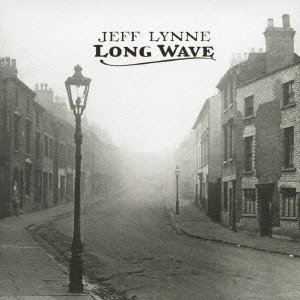 One of two Jeff Lynne projects for 2012 (the other being a selection of re-recorded hits from Electric Light Orchestra), ‘Long Wave’ finds the sunglassed, curly haired Brummie paying tribute to those songs he heard on his fuzzy long-wave radio during his younger years.  Despite the age of the chosen songs and the home demo feel to the album, Lynne’s choice of material comes delivered exactly as you’d expect: multi-tracked and then topped off with that compressed drum sound (a la Traveling Wilburys), a sound that makes so much of his work so distinctive.

Lynne’s rummage through the catalogues of a pre-Beatle world results in somewhat of a mixed bag, but he really comes alive on ‘At Last’ – a much covered tune, but most famous in a version recorded by Etta James.  Synthesised string sounds (which surprisingly, do not sound too bad here) meet a stabbing piano in a way that only the period could muster, and even with Lynne’s more modern shine – and the fact that he’s not quite as gifted vocally as some who’ve tackled this tune previously – the power of the song comes through in spades.  Lynne’s noodling, jazzy guitar tones are also a nice touch, of which, perhaps more could have been made.  Against the odds, ‘Beyond The Sea’ also comes out rather well, with sharp, multi-tracked electric guitars replacing the strings to great effect.  Those guitars are a gentle reminder of just one of the many things that made ELO’s best work so enjoyable.  To be honest, ‘Long Wave’ could have used a few more of them… Likewise, the album’s lead single, ‘Mercy, Mercy’, while not presenting anything out of the ordinary for Jeff, comes across with sparkle and it’s obvious he loves this song.  In fact, with its gated snare drum and spirited vocal, it wouldn’t have been out of place on his ‘Armchair Theatre’ disc.

On the surface, Roy Orbison’s ‘Running Scared’ gets a respectful reworking, with Jeff’s vocal still allowing the listener to imagine The Big O crooning his way distinctively through each line.  While Lynne’s voice is perfectly good and stabbed piano and acoustic guitars evoke Orbison’s favoured musical arrangement, a closer listen uncovers something of a disappointment – it’s a pity Lynne didn’t splash out on a full string section as warranted.  His choice of synthesised strings (on this track and a couple of others) just pushes things too far into the realms of “polished home demo”.   Many would suspect that Chuck Berry’s ‘Let It Rock’ would be one of ‘Long Wave’s highlights – and in many ways they’re not wrong, since Lynne’s rock ‘n’ roll influenced numbers were always decent in the past.  As good as his take on Chuck is, though, there’s a sense of the over-familiar and as a result, it lacks the overall enjoyment of Lynne’s own works within that field, whether that be The Wilburys’ ‘Rattled’ or ELO’s ‘Hold On Tight’ et al.

Much more unfortunate, a take on the Richard Rogers tune ‘If I Loved You’ is slow, a tad laboured and so ultimately uninteresting that even Jeff’s lead vocal drags in places.  With an over-reliance of blanket keyboards to replace the string section it begs for, it’s all a bit dirgy.  The only bright spark is a huge guitar chord appearing just once, only then to vanish under the dragging mire of droning keys.  The old crooner within tries his hardest on ‘Bewitched, Bothered & Bewildered’, but the end result is ordinary at best, while ‘Love Is a Many Splendored Thing’ (from the 1955 movie of the same name) turns out a little better.  The rumpty-tumpty way the tune lumbers along suits Lynne’s trademark drum sounds, his guitar adds a few nice jazzy flourishes and – lurking in the back – a piano fleshes everything out.  Most importantly, occasional wordless vocals hint at Lynne’s own musical past with ELO – although, thankfully, he forgoes any use of vocoder!  Despite some okay elements, though, it is not something many would consider a classic Jeff Lynne performance.

Elsewhere, you’ll find reasonable renditions of ‘Smile’ (the Charlie Chaplin penned standard) and The Everly Brothers’ ‘So Sad’ alongside Charles Aznavour’s ‘She’ (a commendable effort which incorporates just enough of Lynne’s own style, but ultimately isn’t a patch on Elvis Costello’s version).   After hearing, it is obvious why each one has been chosen, but the resulting performances are predictable.  As with much of ‘Long Wave’, instead of insisting on playing absolutely everything himself, perhaps Jeff should have hired a few extra musicians to give these performances a little more dimension?

Listen to Lynne collaborating with Tom Petty, Bob Dylan and George Harrison on ‘Traveling Wilburys Vol. 1’ and the spark of various geniuses colliding results in something that sounded like it was fun to be a part.  Similarly, Lynne’s studio expertise on Harrison’s ‘Cloud Nine’ and Petty’s ‘Full Moon Fever’ appears to lift those works to new, sparky levels.  Looking beyond ‘Long Wave’s home-recorded roots, it is full of multi-tracked wonderment from a technical level, but the lack of other musicians means that, in places, it’s lacking a sense of fun – something that no amount of studio understanding could ever replace.

‘Long Wave’ worth hearing for ‘Let It Rock’, ‘Mercy, Mercy’ and a couple of others, but it’s all rather more a labour of love than a musical masterpiece.  Although the more devoted fans will love Jeff Lynne no matter what, since ‘Long Wave’ comes over two decades since Lynne’s last solo effort – and some eleven years since the last completely new work from ELO – the fans deserve much better than they essentially get here.