Popular hard rock vocalist and sometime member of Masterplan, Jorn Lande, is to release a new solo album in June.

Although at the time of writing no tracklist has been revealed, it has been confirmed the new disc will be called ‘Bring Heavy Rock Back To The Land’ and feature some truly bizarre artwork featuring a priest with a the head of a raven. [See below].

The album is released via Frontiers Records on 1st June.

Masterplan, meanwhile, hope to release their next studio work at the beginning of 2013. A brief update on Masterplan’s progress can be read here. 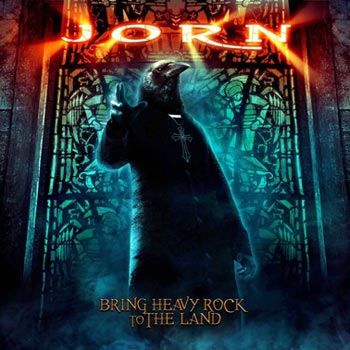