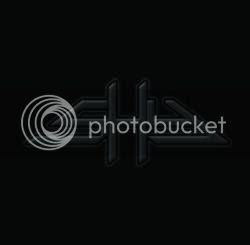 Despite unstable line-ups, UK rockers Shy have bravely soldiered on, sporadically releasing albums since 1983.  Their career peak was arguably in the second half of that decade when their albums ‘Excess All Areas’ and ‘Misspent Youth’ gained the a fair amount of press attention, if not the commercial breakthrough the band deserved.  Over the years, Shy’s best known vocalist Tony Mills has quit the band twice (his time elsewhere yielding a short-lived power metal band named Siam and the release of various solo albums).

This self-titled disc represents yet another beginning of sorts for the band.  Tony Mills is not on board, having found a job fronting Norwegian hard rock outfit TNT.  In his place is Lee Small, previously of Phenomena.  While this 2011 release marks Small’s debut on a Shy disc, he has worked with the band previously, having performed at live shows in 2009.  He doesn’t always have the banshee wail and range offered by Mills, but all things considered he does a great job.  Actually, since the top end of Mills’s range can be a little hard to take, in some respects, he does a better job.

‘Land of a Thousand Lies’ opens with a huge, pompy intro – all synth strings and cinematic moments, like ‘Lawrence of Arabia’ played by an 80s hard rock band – so Shy arrive in very much an on form manner.  By the time the guitars crash in they settle on a rock-solid mid paced groove. Guitarist Steve Harris’s playing have some decent bottom end, over which Lee Small proves himself worthy of the task in hand.  His voice is clear and strong, with the range on show being more than worthy of the epic style music.  In addition to bombast and pomp, there’s a memorable chorus thrown into the mix and a couple of top-notch solos – straddling an eastern influenced widdle and classic rock playing.  By the time these five and a half minutes have wound up, there’s a strong sense that the rejuvenated Shy mean business.

‘Blood on the Line’ is a great punchy rocker, where the lead guitar fills are spot-on.  Another strong chorus showcases Shy’s strengths, while a bridge section leading into the featured solo has all the hallmarks of AOR’s glory days.  While the lead elements are crisp, there’s a little muddiness with regard to the rhythm guitar work, but not enough to spoil the good work laid down here.  Taking things up a notch farther, ‘So Many Tears’ captures Shy at full-pelt, with maximum rock posturing and hard rock riffing very much the order of the day.  It’s not as strong as ‘Land of a Thousand Lies’ or ‘Blood on the Line’, but in terms of old school rock thrills, it still delivers.  This is a number with a lack of subtlety – particularly with regard to the excellent guitar solos.  By the end of the number, the whole band are tearing it up and there’s barely room to breathe, but somehow, Joe Basketts still manage to shoehorn in a line of pompy keyboards – and he’s still toying with that cinematic style, as heard on the opener.

The rockers are great enough, but it’s when Shy lean towards the more obviously melodic they really come into their own.  For chorus and all round melody, ‘Ran Out of Time’ is a brilliant number.  While Shy hang on to a little of their pompiness, the chorus is rooted in the AOR tradition with its superb hook rounded out by a strong backing vocal.  There’s something about it that suggests it could have found a home amongst the more metallic moments of Gary Moore’s ‘Run For Cover’ or the Hughes/Thrall album, though this probably has a great deal to with Small’s vocal inflections which recall Glenn Hughes in the 80s.  A similar kind of AOR mood cuts through ‘Over You’, but if anything, it’s even better.  The band take a great chorus and give it a rousing send off, with some staccato guitar lines and a classy vocal arrangement.  In terms of ideas, it’s certainly tried and tested – and by AOR bands in their hundreds – but when it works, it works.  And when it works this well, why change it?  ‘Save Me’ is loaded with great 80s style keyboards and vibrato filled guitar leads.  There’s another instantly memorable chorus here and Small’s lead vocal has a real presence, but despite being a stand-out number (and featuring some wonderful lead guitar work, once again) it doesn’t quite match ‘Over You’ for absolute AOR greatness.

The near eight minute epic ‘Sanctuary’ tries too hard to make an impression with a huge keyboard intro, sampled voices and some uber-pomp throughout, and as such, is possibly among the album’s weaker cuts.  It’s slightly bloated nature isn’t unsuited to Shy – and probably keeps the opener in good company – but the big production and even bigger performance doesn’t escape the fact that Shy are always at their strongest when not trying quite so hard, even though they’re great musicians.  There are some reasonable solo spots throughout, but nothing which’ll keep you coming back as often as those pure AOR choruses on the likes of ‘Over You’ and ‘Ran Out of Time’.

Tony Mills may not be around, but Shy still have plenty of well-crafted songs up their collective sleeves.  They aren’t attempting to change the world here, but why should they try?  Shy set out to bring you good, old fashioned hard rock on this self-titled release, and strong playing and stronger choruses are on hand throughout to make sure it hits the spot.  While the brand of hard rock is of the 1989 variety as opposed to the more common/popular sounds of 2011, this album is certainly none the worse for that.  It’s not perfect, by any means, but definitely highly recommended.