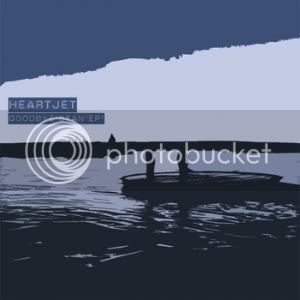 With their slightly dark vibes, ‘Do You Doubt It’ and ‘Are You Coming’ could fit snugly alongside some of The Posies’ ‘Frosting On The Beater’ era material. The slightly distorted guitars on ‘Do You Doubt It’ are in great contrast with the upbeat vocals. Smooth harmony vocals add further contrast against the hard jangle of the electric guitars. During the verses, the vocals are left to almost stand alone against a solid bass (in very retro 90s style). After a quiet intro comprising electric piano, plucked guitar and gentle vocals, ‘Were You Coming’ utilises a loud chorus where power pop vocals are pitched against slightly edgy, chiming guitars. The Posies influence here is as subtle as a brick, but for those who still enjoy Auer and Stringfellow’s best works, this should raise a knowing smile. Musically, it’s Levonen’s solid bass at the heart of the number which provides most of the musical interest.

The title cut relies heavily on a semi-acoustic jangle which is instantly uplifting. With its punchy pop-rock sound, clean vocals and twangy electric lead, it borrows from The Posies’ work,once again, but features a much stronger influence. This time, it’s a strong influence from the 90s Boston scene driving the song. Not too far removed from ‘Big Red Letter Day Era’ Buffalo Tom or the more commercial works of The Lemonheads, ‘Goodbye, Stan’ is full of sunny harmonies, which sound great when set against the semi-acoustic jangle. Being a big fan of the works of Evan Dando, Bill Janovitz and John Strohm, it’s often been this track which has kept me coming back to this release.

‘First Day’ begins with chiming guitars which fall away on occasion to allow harmony vocals more space. Without those harmonies, the track’s verses might’ve felt a little laboured, but Heartjet’s gift for arranging things in a very Posies-like manner means they pull it off with ease. Strandling’s lead vocals are easy and provide decent melodies against the otherwise slightly heavy-handed guitar work. Acoustic guitars come to the fore for ‘Memories’, showcasing singer-songwriter pop influences. With tight vocal harmonies and strong melodies, its core is very strong, but maybe a little too simple as Heartjet do little afterward to build on its initial promise: as a song, maybe it’s just a little too simple. A couple of gentle guitar leads from Levonen fill a couple of empty spaces, but look past those harmonies, a quiet keyboard drone adds a small amount of depth, but it’s not quite enough. This track isn’t a skipper by any means, since its good elements are very enjoyable, there’s just a feeling it required a bit more embellishment.

While most ‘Goodbye, Stan’ shows heavy influences from The Posies (one which is too obvious in places to be avoided), Heartjet prove to be solid song writers. With just enough of their own style to make this release worth investigating, this EP should give you just enough of a taste of their brand of power pop.