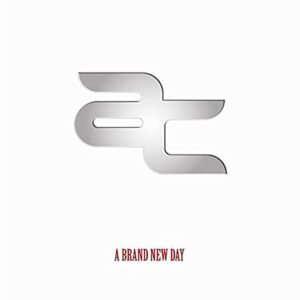 The opening number is almost totally driven by Corey Boise’s very rhythmic drumming. While this dominates most of the song, Criss Cheatham’s confident vocal delivery helps make this a great opening number. A few angular guitar chords create a bouncy feel midway and overall, it has the swagger of something which carries the spirit of the New Orleans powerhouse Cowboy Mouth, something that gives a good insight as to how and why AC have been on the road with the likes of Seven Mary Three. ‘Midnight Summer’s Rain’ presents something slower and with a more understated vocal. With the more sedate mood augmented by great ringing guitar work, it’s a fine number, but once a guest vocal from Crystal Cheatham kicks in, things are definitely taken up a gear. Ms Cheatham’s vocal is strong with a slight country twang and provides a great counterpoint to Criss’s lead.

‘Supaheat!’ comes loaded with the kind of swagger and sneer you’d expect from a great rock band. While the song itself isn’t immediately catchy, you’ll hear a tough sounding workout anchored by Steve Price on the bass, who also has the benefit of being placed very highly in the end mix. While  pumping bass provides the core of the song, its high points come via Cheatham’s guitar solos which have a great tone throughout. The second half of the track delivers all manner of concept voices and plot – and depending on your viewpoint, it’ll either add to the sketchy plot or sound like fannying about which gets in the way of the music…and with the arrival of ‘C’mon Li’l Honey’, the album definitely seems to lose its way. The band’s performance has with plenty of drive with Cheetham’s guitar work in the driving seat once more, but in terms of melodies and other things, it certainly lacks the focus of the band’s better numbers, proving you can’t just get by on energy alone. Even the guitar solo isn’t up to Cheatham’s usual standard.

The slightly religious tone of ‘Brother Jesus’ is something that’ll split opinion, but musically speaking, it’s very confident, with a heavy bias towards early 90s style funk rock. The wah-wah filled guitar parts are instantly pleasing and Cheatham’s slightly gritty vocal delivery suits the number extremely well. It’s cool and retro to say the least  and definitely captures each of the band members in good form. Hanging behind the up0front guitars, drummer Corey Boise’s hi-hat work lends itself well to the groove and all things considered, it’s certainly one of ‘A Brand New Day’s more immediate tracks and one which sounds like it would be a tour-de-force during a live set. ‘All That Matters’, meanwhile, features a few musical elements which call to mind any number of rootsy rock outfits, but August Christopher sound very comfortable in such a setting. It’s retro in a different way to ‘Brother Jesus’, substituting funk for occasional reggae influenced breaks which work against the rootsy base. However, the shouty almost cod-rap breaks which occasionally rear their head fare far less well… If you wanted to pick a number which captured the band’s mix of styles in one place, though, this’d be the one.  Whether it truly works is very much open to debate.

The unfussy ‘Hold On To Me’ features a decent chorus and another country-rock accent, and even though it brings little new to August Christopher’s range of retro rock/pop, it’s more than enjoyable, while the title cut sounds like another retro rock workout with its upfront guitars and hard rock drumming at first, but quickly twists into something new. As the chorus appears, the band change musical style almost completely and deliver something very country-rock influenced.  You’d think this would be natural enough given some of the album’s other arrangements, but the country moments feel slightly out of place, especially once Cheatham launches into an absolutely blistering solo just before the number starts to fade.

Somewhere along this complex journey, a cover of the Phil Collins classic ‘In The Air Tonight’ comes as an unexpected surprise (although it won’t be much of a surprise to anyone who has seen the band live). Naturally, it lacks the power of Phil’s performance – and his massive drum fill – but August Christopher attempt to make up for any shortcomings by rocking out during the number’s second half. Criss’s guitar solo is certainly a stand out moment and if you listen very carefully, a couple of Steve Price’s bass fills are very smart. Despite their best efforts though, as much fun as it is, it’s hardly essential listening.

Occasionally the between song skits can get slightly annoying and, in places, there’s not a lot of bass in the end mix of the album. In all honesty though, these are minor gripes which don’t detract from the overall enjoyment of ‘A Brand New Day’ as a whole. If this album shows anything, though, it’s that August Christopher is a band with the kind of professional approach which surely deserves them a larger audience.