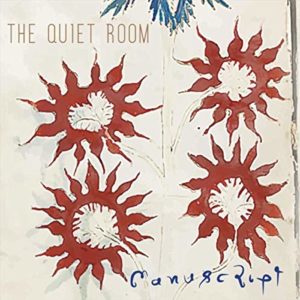 The album seemed like a true one-off, but a follow-up appeared almost out of nowhere in the spring of 2019. …And that follow-up, ‘Manuscript’ is every bit as good…an on more than a few occasions, it’s even better. Those whom enjoyed the David Sylvian inspirations on the debut album will be in their absolute element, especially with regard to one of the album’s saddest and most atmospheric tracks, ‘Girl In The Garden’. Taking mellow piano chords and delivering them very slowly, the number instantly sets a mood, but once joined by a deep vocal croon it sounds like one of those minimalist tunes that could break in a second. Cahill is in great voice, so obviously relishing the chance to not only carry a melody but to also be the song’s main aural focus, while the soft music at once conjures memories of Rain Tree Crow and the introverted unhappiness of Talk Talk’s ‘Laughing Stock’ swan song. It’s truly wonderful. Combining strident piano chords with some cinematic slide guitar, ‘Plastic Parade’ somehow finds a musical space somewhere between Mark Hollis and Scott Walker, yet at the same time takes a pride in filling space with the same kind of keyboard sounds that made Howard Jones’s early 90s albums so great. It’s a number that seems to be keen to pull at the heart strings, but is in no rush to make that important emotional link. Much like the later works of Hollis once again, it’s ambient feel and dour vocal more than want the listener to invest the time before the reward is given. A brief appearance of an 80s saxophone seems out of place at first, but on subsequent listens, it’s clear it’s there to reinforce a feeling of being a voyeur on a rainy street, under a solitary light.

Setting up a musical landscape with a blanket of synths, ‘In An Unknown Language’ teases with some very 80s sounds. Somewhere between a soundtrack-worthy soundscape and pure drone, the music doesn’t seem as sad at first, but once joined by a tasteful live drum and the kind of moody vocal that would please David Sylvian, various pieces begin to fit together. Cahill’s croon is drenched in sadness, but its a downbeat mood that wants the listener to feel an empathy throughout. By the time the track gains momentum – albeit slowly – and various multi-layered voices fill out a by now strong sound, The Quiet Room’s desire to resurrect all manner of alternative pop from decades past is very appealing. The album’s only real misstep, ‘Twenty Four Blackbirds’ opens with a thin, dated 80s synth and then drops into a pre-programmed samba, but thankfully, it’s little more than an extended interlude, while ‘Apocalypto’ sets things right again with a dark and cinematic backdrop combining Tangerine Dream-esque drones, wheezing saxes and a deep, crooning voice. Not so much a melody as a mood, this reinforces The Quiet Room’s love of all things minimalist, as if dipping back into Sylvian’s solo works for their chief inspiration. At the point you think you know where you’re being taken, that mood becomes even more ominous as a slow jazz groove is set in place with a massive influence from Angelo Badalamenti’s Twin Peaks score. Just brilliant.

Within the title track you’ll find disjointed sax squonks jostling with Vangelis film score nods for attention, while a mournful voice calls in search of a more obvious melody. Somewhere between avant 80s pop and a soundtrack, it works extremely well when heard in relation to the rest of the album but not so much as a stand-alone track and ‘Our Progress’ dives deep into synthy drones. It’s really not a tune for anyone looking for an obvious hook, but assuming you’re able to allow yourself to be fully engulfed in The Quiet Room’s universe, again, like the later Talk Talk, the listening eventually reaps a cool reward. For those hoping that the soundtrack styled moods will fully collide with an 80s electro-goth sulk, ‘The Greater Good’ should more than fulfil that desire with a steady, clapped beat, some deep and lengthy chords and another moody vocal that’s happy enough to rest uneasily atop everything…regardless of whether it actually fits the semi-tune that’s being played out. It’s almost like hearing Mark Kozolek covering something by Paul Buchanan and The Blue Nile – and while, on paper, this prospect could seem horrible, in practice it’s really rather interesting.

This is really…dark, yet somehow it deserves a proper cult fanbase. Less synthy than their earlier works, though still keeping a feeling of detachment, The Quiet Room appear to have really matured…and when this album really hits the mark, it really does. Proving that second albums don’t have to be difficult, inferior or sound like mere leftovers, the best bits of ‘Manuscript’ could just be the ultimate late night listen.