Their 1996 release ‘Bard’ came at a transitional time and was recorded with a variety of vocalists. It has never been reissued. Fans across the globe have asked for a reissue and their requests have always been denied.

The band are to reissue the album in a deluxe format, complete with 5.1 mix. 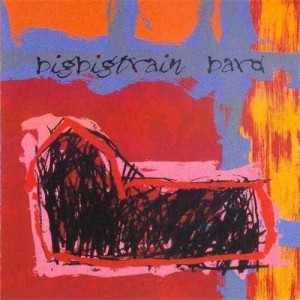 Band founder Greg Spawton says of the project: “We’ve ignored it for a long time, but fans still want it to be reissued. It isn’t representative of where we are as a band now, and it wasn’t really representative of where we were previously. Bard is out there on its own. An experimental time. It’s not something we’re fond of, but with original copies being scarce and changing hands on ebay for huge amounts of money, it seems the demand is there.”

“It’s also a time where prog albums are being remixed into 5.1 with alarming regularity by Steven Wilson and Jakko Jakszyk. We figured if we were gonna do this at all, it had to be done properly. This is the final word on Bard. We still don’t like it, but if fans are so keen to have it at all, they may as well hear it in a way it was never intended.”

With the band set to play live shows this summer for the first time in many years, it’s an exciting time in Big Big Train world, and with new material scheduled for release before the end of 2015, there’s even more to look forward to.

The deluxe edition of ‘Bard’ is expected to be complete at some point mid-2016.