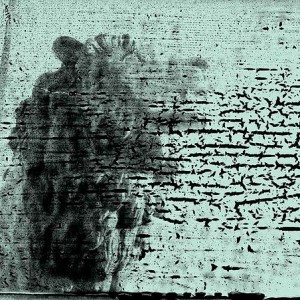 Following The Smashing Pumpkins relaunch in 2006 after a half-decade hiatus, the band’s ever-prolific mainman Billy Corgan went into overdrive.  The ‘Zeitgeist’ album of the same year was well received, but subsequent projects were both broader in appeal and stylistic content.  With the launch of the ‘Teargarden By Kaleidyscope’ song cycle in 2009, Corgan embarked on his most ambitious project since ‘Mellon Collie & The Infinite Sadness’ in 1995.   ‘Teargarden’ – an ongoing series of releases covering a concept of sorts – began with two deluxe EPs of unreleased material, but really came alive with its third chapter, 2012’s full-length ‘Oceania’, which at the time of release stood as the reformed Pumpkins masterpiece…

Two years on and with the band rejigged yet again – bassist Nicole Fiorentino and drummer Mike Byrne having departed – work began on the next chapter in the saga.  Pared down to a workable unit of Jeff Schroeder (guitars), Billy C. (most other instrumentation) and with Tommy Lee guesting on studio drums, ‘Monuments To An Elegy’ essentially picks up where ‘Oceania’ left off – its songs as indebted to darker new wave strands as much as alternative rock beefiness.

A lone keyboard brings us into this new collection of tunes, its tinkling presence evoking a John Carpenter horror score.  Quickly, the rest of the band crashes in: keeping to the waltzing time sig, Corgan hammers his guitar, dropping a riff that’s closer to the formative years of ‘Gish’ and ‘Siamese Dream’ than most of his output for the past few years.  Multi-tracked guitars invite a cranking of the volume, especially once squalling leads creep from the right speaker channel.  Beneath the guitars, a wall of keyboards add a certain extra depth, more 90s darkwave than original new-wave styles, but the end results ensure an opening number that’s really designed to grab the listener.  With a similar hefty groove – and more intermittent tinkles – ‘Being Beige’ follows suit, sounding more like an idea stemming from the ‘Oceania’ sessions.  The inclusion of a repeated refrain of “the world’s on fire” crashes through the second half of the track ensuring an earworm that takes hold for (un)welcomingly long periods, the music never letting up even for an instant.  Corgan, meanwhile, has a real presence in the vocal department.  Sure, his slightly nasal tones are never gonna win over any detractors, but he delivers each line with aplomb; there’s no mistaking this being a SP recording, regardless of whom is – or in this case, isn’t – in the band’s line-up.   Likewise, fans of a the band’s earlier recordings are likely to get a big thrill from ‘One and All’, a meaty riff-monster that pulls elements from both ‘Siamese Dream’ and the later ‘Machina’ in its construction.  It may not break any new ground for the band, but a handy key-change informs another strong chorus along the way and the way this tunes various strands comes together with minimal effort reinforces belief that The Smashing Pumpkins are always one step ahead of the rest when it comes to alt-rock attitude.

Branching out rather more, ‘Run2Me’ brings mechanised and synthesized vibes which, when complimented by intermittent guitar, results in a heart-swelled and optimistic tune that’s perhaps the closest Corgan has ever come to revisiting the styles of Zwan’s ‘Mary Star of the Sea’.  Real drums crash through the programmed elements bringing more of a human touch, but interestingly, aren’t actually essential in making this so appealing.  The 80s vibe that pumps throughout is nostalgic; it is perhaps the rose-tinted glow that makes this tune one of the album’s stand out tracks, but again, the main hook is one that eventually burrows under the skin, so Corgan’s gift for songcraft once again should not go without mention here.   ‘Fife + Drum’ also has an increased lightness in tone, mixing alt-pop friendliness with a quasi-militaristic drum line.  The big draw here – as well as boasting another great vocal melody and chorus – comes from a deep bouncing bass, opting for a clear and dominant sound.  The coming together of bassy elements and keys is reminiscent of parts of ‘Oceania’, thus reinforcing the idea that this is part of a much larger universe of songs, as well as an integral part of something that can also be enjoyed as a standalone album.   It is also the bass that provides the heart of ‘Anaise!’, a marching beast that largely relies on each vocal line for its main melody.  Beyond Corgan’s brittle performance, the bass pumps with a real force, while more swirling keys fill space.  Like a dark cousin of ‘Adore’, this also pulls from the band’s new wave origins…and perhaps does so better than most with its knowing winks as much towards a pop music past as much an alt-rock future.   While each Smashing Pumpkins album comes with material that’s almost instantly familiar, there are always one or two tracks that require more work and patience on behalf of the listener [particularly the case with both ‘Adore’ and ‘Machina’ at the end of the Pumpkins’ first phase], and so it is with ‘Anaise!’.   Time, as always, will allow this track to really shine.

‘Monuments’ is one of the album’s absolute glories.  Kicking off with a shrill keyboard line, its new wave edge instantly catches the ear, but its soon afterwards this really takes hold.  The Numan-esque melody collides with a beefy but simple beat and a deep guitar crunch, resulting in a tune that sounds partly like ‘Hello Kitty Kat’ and other ‘Siamese’ era tunes reimagined and retooled for the ‘Adore’ generation.  The beats are solid throughout the heavier parts of the tune, but by the time the vocal hook rolls around, the guitars fall away to allow Corgan’s performance to nestle against bare drums.  The groove-laden riff drives the three and a half minutes effortlessly, and a brief flurry of overdriven bass work adds something extra before the climax.  A great arrangement and easy chorus melody ensure this isn’t just one of the band’s best tunes since their 2006 reconvening…it’s one of their best tunes, period.    Stoking up the pop quotient, ‘Dorian’ sounds like another throwback to ‘Adore’ with its heavy synths and programmed drum loop, but giving a more human element to the mechanics, shimmering guitars hint at ‘Violator’-era Depeche while Billy hammers home a very simple chorus refrain.  Like ‘1979’, this screams should-be-hit.    With fuzzy staccato guitar chords, ‘Anti-Hero’ ends the release with a crunchy feelgood rocker, the lolloping riffs complimenting a world of harmonies on another memorable chorus.  Each listen uncovers something new, this multi-layered darkwave workout representing the twenty-first century Pumpkins very much playing to their strengths…the hit ‘n’ miss ‘Zeitgeist’ becoming an ever fading memory.

With just nine tracks clocking in at thirty two minutes, if approached as a stand-alone work, ‘Monuments To An Elegy’ is a brilliantly tight and succinct listen.  Shorn of the padding that bulked out ‘Zeitgeist’ and with a more direct approach than ‘Oceania’, this is an energised band, a great release that hits the ground running from the off.  No filler, no bloated overindulgence, just catchy hook and riff after hook and riff.  While there’s nothing here quite as dark or quirky as ‘Pale Horse’ [from ‘Oceania’], with strong echoes of ‘Siamese Dream’ during its heavier moments and the pop-fuelled brilliance of the under-rated ‘Adore’ running deep beneath its surface, ‘Elegy’ is the best work The Smashing Pumpkins have committed to plastic since 2006.