On the October tour dates, the instrumental outfit will be supporting …And You Know Us By The Trail of Dead, while all others are headline shows.

It has been announced that cult AOR/pomp rockers Zebra are to be inducted into the Long Island Music Hall of Fame.

The rock trio – fronted by Randy Jackson – have enjoyed cult success since the 80s and have gained strong press from the AOR/melodic rock community over the years. Their third disc, 1987’s ‘3.V’, considered to be one of the band’s strongest albums was particularly hard to find on CD for some time, until a very welcome reissue (with the band’s second LP, ‘No Tellin’ Lies’) in 2010.

Also at this year’s event – the Hall of Fame now in it’s fourth year – Twisted Sister’s Dee Snyder will be performing a selection of tunes from his 2012 release ‘Dee Does Broadway’ and death metallers Suffocation will also be inducted.

Alanis Morissette is to visit the UK in November.

The Canadian artist will play three huge stadium shows in support of her eighth studio album, the 2012 release ‘Havoc and Bright Lights’.  Morissette’s previous visit yielded a more intimate show at the Brixton Academy which sold out almost instantly.

Most of this second EP from Connecticut-based singer-songwriter Liz Wood moves away from the adult pop style that provided the basis of her debut release.  It’s darker tone was inspired by the end of a five-year relationship and finds Wood looking inside herself, moving through the various emotions associated with such a shake-up.  As if to resemble a sense of rebuilding, two of its four songs have a very stripped down feel.

‘Ruin’ is sharp and a little bitter. Backed by a simple acoustic riff, Wood rings emotion from every line, exploring a relationship where someone else “called the shots”.  As the song progresses, slightly discordant electric guitars round out the sound while mechanical rhythms add a real edge.  The tension is wound throughout, but essentially at the heart of the piece is Wood’s anger and insistence that she is not at fault; her delivery of the feeling that “you fucked up not me” providing the track’s main hook and central point.  She could not have picked any less a subtle jumping off point, but it’s a very strong opening statement.

‘Hanging On’ and ‘Can’t Hide’ are very intimate, featuring just Wood’s voice and piano. The former has a lovely light tune, reminiscent of Tori Amos and so many other chanteuse pianists.  Although less spiteful, a fantastic vocal, fuelled by another deeply personal lyric, makes it, perhaps, Wood’s best number this time out.  Whereas ‘Hanging On’ has a questioning tone, ‘Can’t Hide’ finds Wood in a position of strength, emotionally, vocally and musically.  Again, the piano arrangement is smooth, lending a great backdrop to Wood’s innermost thoughts with great results.

‘Fall Again’ provides a sharp contrast to the other three tracks, presenting Wood fronting a whole band and in a more optimistic frame of mind.  The drums have a real presence throughout, but they never completely overshadow Wood’s guitar lines which keep the tune motoring.  Wood’s vocal, meanwhile, is the strongest element here; her wordy performance straddles a fine line between strength and that previous vulnerability, showing a strong influence from the wonderful Lisa Loeb – something particularly obvious in her wordy delivery.  In terms of overall feel, this has far more in common with Wood’s previous self-titled EP. “Let me fall for you again and I will sink under your skin”, she sings, “no regrets”.

Given the strong feelings that rise to the fore within relationships (both during and in their aftermath), Liz Wood could have likely blessed the world with a full album’s worth of emotional outpourings.  As it is, the EP format is very effective: the shorter running time never makes it feel like she is labouring her point lyrically, while musically, its three distinctly different styles present a broad range of the artist’s talents.   While not the most uplifting of listens – understandable, given those circumstances in which the songs were born – this is a terrific release. 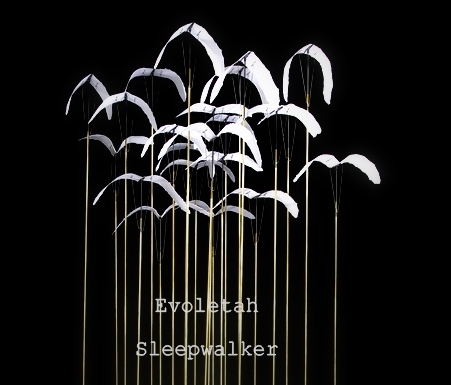