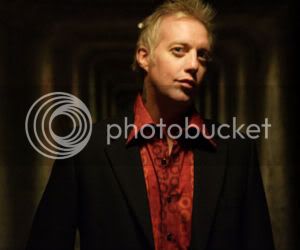 Former Warrant singer Jani Lane passed away on 11th August 2011. He was found dead in a hotel in Los Angeles.  Sometime after his death, investigators found a half-empty bottle of vodka and prescription medication at the scene.

Lane, 47, was one of the key figures in the glam metal movement and Warrant’s first three albums are considered genre classics, while the second – 1990’s ‘Cherry Pie’ – contained MTV favourites in ‘Uncle Tom’s Cabin’, ‘I Saw Red’ and the title track.

While Warrant’s third album -1991’s ‘Dog Eat Dog’ – isn’t always as fondly remembered, at the time of release, it was Lane’s favourite Warrant album to date.  In an interview for rock music TV show ‘Raw Power’ (shown in the UK in the small hours of Saturday mornings), Lane stated “it was the first Warrant album [he] was really happy with”, before going on to say he wanted to “burn the first record and completely re-do the second”.

After touring ‘Dog Eat Dog’, Lane left the band, although his absence was only temporary – he returned just a few months later.  After his return, the band’s popularity began to fade but they continued to record and release albums.  In many respects, the slightly alternative sounding ‘Ultraphobic’ from 1994 showcased the band in their most assured musical roles.  Although there were moments where the newer Warrant had a hint of King’s X and the songwriting often showed a whole new maturity, Lane’s vocals remained very distinctive and totally professional.  Speaking in a largely unread interview with Fastlane Magazine at the time of the album’s release, Lane said of ‘Ultraphobic’: “the record is getting lots of great reviews in places we wouldn’t expect.  I’m having my faith restored.”

Lane’s solo career got off to a false start when his first solo album, provisionally titled ‘Jabberwocky’ did not receive a release.  His second solo record, ‘Back Down To One’ was released on the independent British label Z Records in 2002, remaining unreleased in the US until four years later.  After the album’s original release, Lane checked into rehab having suffered alcohol and drug related exhaustion.

In 2004, he officially left Warrant after legal disputes and continued his solo work.  A band, Saints of the Underground, teamed Lane up with members of Ratt and Keri Kelli, who first achieved cult status with glam band Big Bang Babies, before joining Pretty Boy Floyd and Adler’s Appetite, while Lane also contributed vocals to various different metal compilations of re-recorded rock classics and tribute albums.

His last work was an appearance on VH1’s ‘That Metal Show’ – recorded on July 23rd.

Lane’s career may never again have hit the heights of his earlier years with Warrant, but with those years he left glam metal an absolutely fantastic legacy of songs.