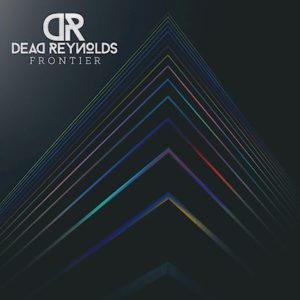 A band who’ve been favourably compared to Don Broco and Deaf Havana, Dead Reynolds’ work typically combines an alternative crunch with pop hooks on tunes that have some really deep textures. Although this release comes only two years into their career, on the four tracks that make up their ‘Frontier’ EP show all the confidence of a band much longer in the tooth while clinging on to a fairly youthful sound.

‘By Your Side’ kicks off the short collection with a hard edged punky riff that quickly descends into a sharp alt-rock groove topped by some fantastically layered vocals. Although the bulk of the track impresses with a great riff, it actually becomes a little more interesting when the band chooses to dial back the guitars a little, allowing a dual vocal to fill space in an almost call-and-response fashion. Overall, it’s mix of alternative hard rock and pop-punk edge makes a very appealing opener, especially since it boasts the kind of chorus hook that should stick after a few plays. On the basis of this alone, it’s very easy to hear why favourable comparisons to Deaf Havana have been made, as this very much sounds like a heavier take on that band’s poppier material. In short, it’s great – almost great enough for you to think that the rest of the songs won’t quite reach such a peak, but thankfully, the rest of the EP holds up just as well.

Chosen as the single release, ‘Lines’ demonstrates more of the Dead Reynolds layered sound during the intro, as ringing guitars crank the tension against a heavy rhythm before the song blossoms into a fine alt-rock/pop-punk/emo hybrid. The whole performance showcases a strong vocal from frontman Callum Van Wolfe Waterfield and while it’s much less Deaf Havana and more pop-punk band meets Funeral For A Friend – though perhaps with a sharper production job – it gives another well-rounded example of the band’s sound. It’s a great listen right from the off, but subsequent listens uncover a couple of fantastic musical flourishes – especially enjoyable is the way drummer Luke Green fills a pre-chorus with heavy toms, before the main hook invites some unrestrained singing from the listener. Obviously, there’s not much here that won’t appeal if you don’t like the genre, but the performance is flawless.

Pushing the vox more to the fore, Waterfield croons against muted chords at the outset of ‘P.S. (I Loathe You), a number that brings a little more of a pop punk stance. A few listens exposes more goodness via a few pleasing guitar lines that tip the hat to a new wave influence alongside a couple of heavier moments. While it might not seem as instant as ‘Lines’ in overall appeal, there’s plenty here that suggests Dead Reynolds deserve to go onto much bigger things. The EP’s most melodic track ‘Bright Lights’ introduces a cleaner guitar sound alongside a couple of understated harmony vocals. It isn’t long before Dead Reynolds retreat to their comfort zone by bringing in a crunchier riff, but that has a massive impact as it throws out a couple of crushing chords against a very accessible vocal. If it weren’t clear before, it’s that contrast between tough riffs and pop-ish vocals that lends this band their strongest suit, often resulting in a sound that’d surely be hugely appealing for fans of Deaf Havana and possibly even the likes of Twin Atlantic. Not content with merely recycling this musical couplet until the proposed four minutes is up, you’ll also find a great guitar solo en route as well as a new twist on what’s set to become a familiar hook when Green injects a slightly funkier groove.

‘Frontier’s four songs are well played, brilliantly produced and – most importantly – reveal themselves to be hugely catchy. With equal parts crunch and melody, power and hookiness, Dead Reynolds set themselves a high benchmark with this release and for lovers of twenty first century alt-rock, it should very much be considered a priority listen.