In a celebration of this much-loved band, Stardumb Records have issued a compilation album, ‘The Princess Foretold By Her Henchmen, Even’, bringing together sixteen of the band’s classic numbers on vinyl for the first time.

The full details are outlined in the below press release.

After Screeching Weasel broke up in 2002, founding member John Jughead Pierson formed Even In Blackouts as an “acoustic pop punk” band, that eventually began to explore almost each and every corner of alternative music.

Even in Blackouts, your favorite friends in musical form, are back at it again, with their first ever vinyl LP!

Over the years the band released four albums, all of which only appeared on CD. This LP contains 16 of the best songs from those albums, remastered for your analog enjoyment!

Next to regular black it’s been placed on glasslike clear vinyl. One can only hope this isn’t asking for trouble, since Lizzie Eldredge’s vocals seem like the ones capable to explode glass right before the eyes.

We’ll probably be fine though, cause listening to the songs of these death defying heroes of rhythm and melody feels more like getting hugged by this punk-acoustic-rock-swing-country-wierdo-dance-enducing band known as EIB than anything else.

It is music, both joyous and sad, not ultimately made to rebel or divide, but to bring together, to pump your fists in the air frustrated at the world, but frustrated together, to pat each other on the back at the end of the night, and cry when you inevitably have to say goodbye.

Put the volume of this vinyl at eleven and be prepared to coat yourself in cotton padded armor, misplace your manifestoes, wait at a CTA station in the rain, and get your bones chilled down to the soul!!! 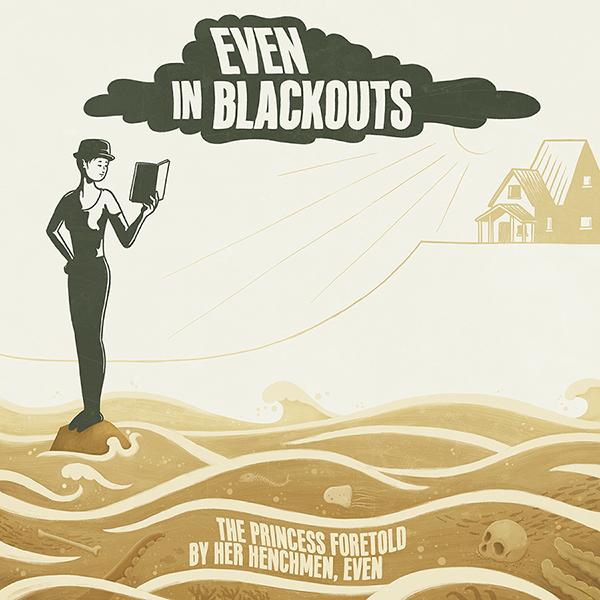 Side B:
1. Darkest Days
2. Skeleton Dance
3. Gone
4. I Took A Weight Off
5. Romantically Inclined
6. He’s Alone Again Lost In His Room
7. How Do You Kill A Ghost
8. Motives Misunderstood in the Key of C
9. Catacombs