John Peel – The Fall’s biggest and outspoken fan – famously claimed they were “always different, always the same”. In many ways, Peel was right. With each new Fall album, you could never guarantee you’d like all of the material; you couldn’t even guarantee you’d remember any of the material after the album finished, but through it all, there would be Mark E. Smith, founder and only constant member, gleefully bamboozling the listener with rambling, obtuse lyrics. A lyricist and performer like no other, Smith’s work balanced precariously between the utterly mundane and bizarre, humorous and spiteful. Such a one-off proposition that even imitators could never quite match his unique style.

Smith steered his artistic vision through forty years and over sixty members. Sometimes the addition of a new band member or even Smith’s current mood could change the sound and fortunes of a new Fall record. The Fall back catalogue is one of the most daunting of any band’s, comprising of thirty two studio albums, as many live albums and over forty compilations to date. Given that Smith himself cared nothing for quality control and released material at a frighteningly prolific rate and then expected fans to work at reaping their own musical reward, finding the genuinely brilliant material within The Fall’s oeuvre can be like panning for gold, especially for newer listeners.

Here is Real Gone’s guide to The Fall essentials! 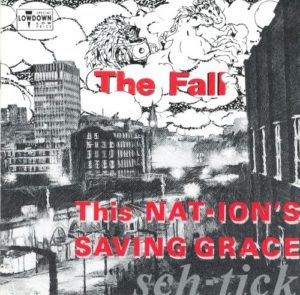 The Fall’s 1985 album takes the blueprint of ‘Wonderful And Frightening World’ and improves on it. The recording sounds finished but very much retains a garage rock aesthetic. The album takes in various garage rock, alternative and almost ramshackle gothy styles, but there’s no mistaking it for anyone other than The Fall. The rambling tales within feature some of Smith’s most “classic” performances: ‘I Am Damo Suzuki’ pays tribute to Can, the Krautrock pioneers who had a profound influence upon MES, stretching garage rock into something more angular with tribal drums and opressive drones taking up the bulk of the music while Mark spits the title over and over; ‘L.A.’ works a mechanised and repetitive sound in a way that allows piercing lead guitar work to mirror other rock and pop sounds of the mid 80s, but disguises more commercial aspects with a cool, echoing vocal dominated by wordless sounds and almost inaudible rambling and for something truly accessible, ‘Rollin’ Dany’ applies an incomprehensible Mark E. drawl to some fiery rock ‘n’ roll and rockabilly sounds, complete with some really punchy drum work. 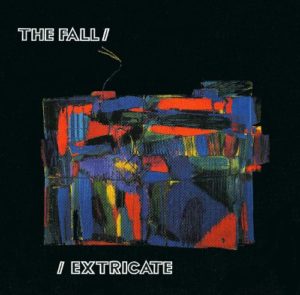 By 1990, the unthinkable had happened and The Fall found themselves amid a contract with a major label. As you might suspect, label expectations combined with a bigger budget resulted in a much cleaner sound, though not necessarily a more commercial one. Album opener ‘Sing! Harpy’ allays any fears of sell-out by driving forth with a repetitious groove and drawling vocal, but perhaps made better by a really hard and sharp drum sound. The synthpop-ish ‘Popcorn Double Feature’ sometimes sounds like The Fall taking the piss of more chart-worthy alternative music and is by turns quirky and funny, with MES sporting an even bigger drawl than before, like a man who’s wandered into a different studio and decided his talents are needed and ‘Telephone Thing’ might be the only song to name-check veteran British actress Gretchen Franklin. As ‘Popcorn’ could be The Fall’s sly take on synth based alternatives, ‘Telephone’ hits upon a baggy groove with terrific bassline – like the Happy Mondays but with brains and talent. 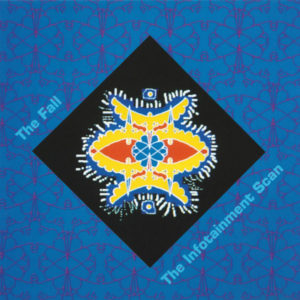 Almost a companion piece to ‘Extricate’, ‘The Infotainment Scan’ is just as accessible and really fit with some of the alternative and indie stuff of the day. Yes, the tunes are much more tuneful, but Smith is on fire lyrically throughout, that name-checking 70s boiled sweets Spangles at semi-regular intervals. ‘I’m Going To Spain’ is about as good as most second division shoegaze bands of the era; the essential ‘Past Gone Mad’ manages to mix up various Fall staples with dance loops and never sound messy – proof that MES could apply his drawl to anything and it automatically becomes The Fall – and ‘It’s a Curse’ drives hard with chopping rhythms, creating superb alt-rock with an MES twist. There’s also a funny as hell cover of ‘Sister Sledge’s ‘Lost In Music’…great stuff, indeed. 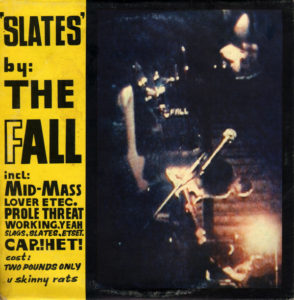 Whenever a band with a huge back-catalogue is approached for the first time, there’s an argument for starting at the beginning and working through chronologically. In the case of The Fall, we disagree: the ugly, recorded in a day debut ‘Live At The Witch Trails’ sounds more like a band rehearsal than a finished product and it’s follow up, ‘Dragnet’, whist a big improvement is both dense and similarly unfocused (though it does contain the first genuine Fall classic ‘Psykick Dancehall’). To quote British comedian Stewart Lee:“…back then, the only people who liked The Fall were me, John Peel and some members of The Fall.”)

By their fifth release, the ‘Slates’ EP – later reissued with essential bonus cuts, bringing it up to album length – The Fall had matured (if that’s the right word) into a defiant and extremely fiery outfit. Opener ‘Middle Mass’ presents great garage rock, powered by an upfront bass, the perfect backdrop for MES to indulge in various observations that form his lyric. There’s no real lyrical hook – the music is the hook and for the first time, the maxim of “repetition, repetition, repetition” actually sounds like it’s striving for a genuine purpose; ‘Slags, Slates (Etc.) takes the ‘Witch Trials’ blueprint and toughens it considerably, presenting an almost mechanical drive to the music, but perhaps best of all, there’s ‘Prole Art Threat’, the ultimate in arty garage rock, with MES howling and spitting words that seem almost free-formed over a discordant guitar and drums that sound like a barrage of gunshots. ‘Slates’ can be harsh, but it’s essential if you want to hear the fledgling, pre-‘Hex[ Fall at their finest. 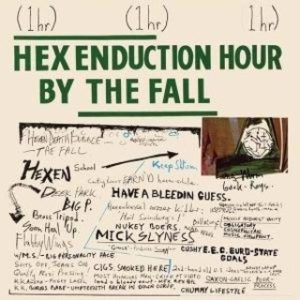 “Hey there fuckface!” calls out Smith about thirty seconds into The Fall’s fourth studio LP…and from that point, you know things might never be the same again. That opener ‘The Classical’ aims for garage rock at its heart, but in amongst the musical chaos their beats the heart of something bigger. The rhythm and lead sections sometimes appear to be playing different numbers, the sheer ballsiness of the track is astounding and yet Smith rattles and spits lyrics as if it’s all been planned out to the minutest detail, Zappa-style. An album bursting with highlights, the lo-fi ‘Hip Priest’ is a loose bluesy jam that captures Mark rambling about motorway services, drinking and being a freakshow exhibit – not so much written but born of a moment, it sounds like it could collapse at any second. ‘Just Step S’Ways’ sounds like an ugly approximation of an old Motown hit pulled through the wringer; the raucousness of ‘Mere Pseud, Mag. Ed’ is a welcome throwback to the ‘Slates’ sound and ‘Jawbone & The Air-Rifle’ presents robotic, clanging garage rock that begs to be played loudly. To top it all, ‘And This Day’ fills ten minutes with near empty repetition, yet somehow pulls the listener further into the Fall universe with its sheer audacity than anything had previously.

‘Hex Enduction Hour’ is arguably the most challenging of our essential picks, but quite honestly, no Fall list is complete without it. By 1982, The Fall had gone through various line-ups and finally channelled their art and garage rock experiments into something truly distinctive. Parts of this album sound like the roar of a three headed mythical beast threatening some drunks on a park bench. Other times it carries a self-destructive spirit, but at no point could ‘Hex’ ever be considered predictable or boring. It may be an apocryphal tale, but supposedly, Motown Records showed interest in releasing this album in the US when they briefly experimented with a sub-label covering rock acts. Allegedly, huge concern was expressed at the racial slur that appears in the first verse of track one, side one, so little more was heard and the deal was off the table. For Motown, whose rock acts included safe bets like AOR from Kidd Glove, wouldn’t have a chance at promoting The Fall… True or not, who cares…it’s a great story. 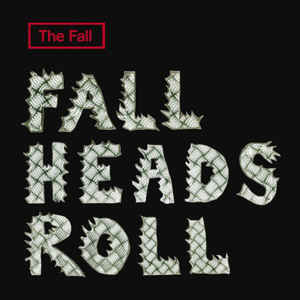 In many ways, this one is an outsider when it comes to the essentials, as it post-dates The Fall’s “classic period” by some years. However, after some average to terrible albums – dropping to an all-time low point with 2001’s ‘Are You Are Missing Winner’ (an album where the cover tune is the only obvious highlight) – ‘Fall Heads Roll’ is somewhat of a return to (what passes as) form for the band. ‘Pacifying Joint’ takes the more commercial sound of the 90s and shakes it up with a hard drum line and some ugly swifling keys; ‘Bo Demnick’ presents a drums and bass fury over which MES freeforms half-formed “peculi—ahh” ideas, sometimes sounding like a self-parody, but that never stops the number being high on thrills, while ‘Blindness’ works a heavy bassline over an extended arrangement to create hypnotic grooves. ‘Blindness’ could even be the best singular track in The Fall’s long and often frustrating history.

THE WONDERFUL AND FRIGHTENING WORLD OF THE FALL (1984) 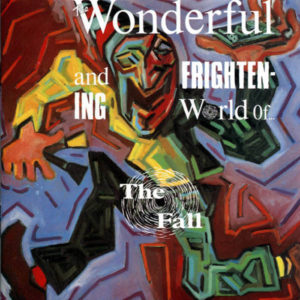 This 1984 album isn’t anywhere near as frightening as other Fall releases. At this point, the bones of ‘Hex’ had been taken and polished into a coherent and often brilliant indie rock/garage rock hybrid that would influence The Wedding Present and countless others. It’s opening number ‘Lay of The Land’ does its best to unnerve, but past that, it’s often superb. ‘2 By 4’ finds Mark & company exploring their own distorted take on rockabilly; the dark repetitious ‘Elves’ calls forth to a more commercial Fall, yet keeps the listener at arms length and the bass heavy ‘Bug Day’ sounds like a demented reworking of Roxy Music’s disturbing ‘Bogus Man’, played by a band without a safety net. 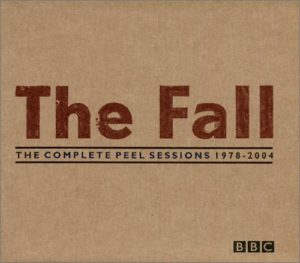 It might seem odd to recommend a box set to anyone relatively unfamiliar with an artist, but there’s no escaping John Peel’s almost singular hand in Mark E. Smith’s success. Peel championed The Fall right from their very beginnings and they recorded more sessions for his radio show than any other. This box presents all twenty four Peel sessions and surprisingly (or perhaps not), there are no tracks recurring in any of the sessions. With almost a hundred tracks – Fall classics, deep cuts and cover versions – to be heard, this is the ultimate Fall fetishist’s item and a fascinating way to explore the band’s ever evolving history.

2 thoughts on “A Beginner’s Guide To The Fall: The Essential Albums”