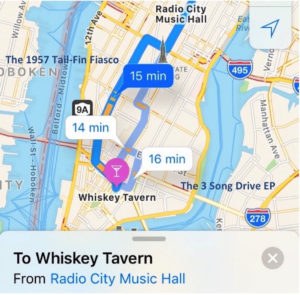 On their first two releases (2011’s ‘Private Jet Flashback‘ and 2013’s ‘Cruise Control EP‘) The 1957 Tail-Fin Fiasco proved themselves to be masters of retro cool. Armed with a quirky sense of humour and an unhealthy obsession with Steely Dan, the two men at the core of the Fiasco made audiences wonder how such authentically American sounding music could ever have been spawned from the UK. Not only that, but from the wilds of Essex, too – hardly a breeding ground for AM radio pop.

Originally conceived as a studio project, they ventured into live performance in 2014, but it took them another two years to issue any new material. The eagerly awaited ‘Three Song Drive’ EP (featuring four songs) sounds almost exactly how you would expect. The yearning-for-the-past mystery men serve up more tunes with a backbone of Steely Dan, a dressing of Doobie Brothers and a smidgeon of 10cc – but always with a glass eye fixed on the Fagen-like minutiae of characters and odd situations. Long standing fans may feel that the bulk of this EP is a retread of past glories, but when done well, does that really matter? …Possibly: this is good, but the band have been better.

“Kiss me Irish, but not too fast” demands the protagonist at the outset of ‘Blended’, a story of high class alcoholism set to a bouncy tune. Rather expected, it mixes Steely Dan-ish lop-sided moments with the easier pop of ‘Mannequin’ era Marc Jordan. As with some of the best Tail-Fin previously, this number conjures memories of a time now gone, as a decade of yellows and browns burn through every bar of the musical workout, the blending of Fender and guitar summoning the mood perfectly. A quiet coda adds a different slant to the retro cool and loses a little momentum, but as if knowing this, a forthright harmonica solo elsewhere throws something different into the melting pot of seventies sounds. Everything added together – even blended, if you will – it results in the EP’s finest three minutes. ‘Byron Bay’ showcases Tailfin in a slightly smoother style than before, as they hit upon a groove that’s somewhere between Steely Dan at their more relaxed and a 10cc pop classic. The rhythm guitars have a strong presence, throwing out chords in a reggae-ish style, but the real charm comes from a flowing organ, effortlessly guiding the music underneath a naturalistic vocal. The band have recorded busier tunes previously – even with a quirky time signature setting off the chorus, this tune never rushes or sets about challenging the listener – but in terms of effortless cool, few have managed the style (at least post-1980) quite so well. ‘Big Yellow Box’, meanwhile, wrong-foots the listener with a sinister guitar intro before finding its way via a Steely Dan meets Doobie Brothers number. While it’s standard fare for this band, the way it channels a slight reggae bent against an occasional jazz chord progression (briefly reminiscent of Dan’s ‘Gaslighting Abbie’) is rather pleasing. Throw in a sharp lead guitar break and a quasi-funk riff for a chorus and it’s got a bit of everything. It doesn’t break new ground for Tail-Fin, but the love of their art really comes across.

Always kings of a narrative driven song, ‘Kiki vs. Alice From The Breakers’ doesn’t disappoint. It might be less flippant – and less bonkers – than ‘Hairdresser To The Stars’, but the strong need to tell a tale wins out. In true Tail Fin style, this tale of woe is given a contrasting send off, as the music very much evokes the California sun, the seventies and yes…a huge nod to Steely Dan. It isn’t as complex as you might be expecting, though, preferring instead to set about a steady pace with Fender Rhodes high in the mix. Vocally, there are hints of Mike Viola throughout and even an unsure nod to Graham Nash. All things considered, although retro grooves and heroin addled heroines make odd bedfellows, somehow it all works out. Not necessarily for the silver needle wielding Alice, of course…that’s a different story. The band may or may not tell us more.

‘The Three Song Drive EP’ is very good. For most bands, that would be compliment enough, but compared to Tail-Fin’s previous works, there’s perhaps a feeling that it comes up just a little short. The four songs all have charm, the playing is fluid and professional, the song writing interesting…so why isn’t it a mini-masterpiece? Simply put, it’s that the band truly spoilt us before and here we’re getting something just a little too predictable. As it is, this is a welcome addition to their catalogue…but first time listeners would most definitely be advised to board the ‘Private Jet’ before taking this quick trip.