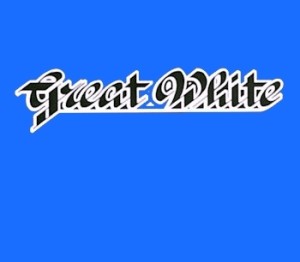 Bringing in ex-XYZ vocalist Terry Illous resulted in an excellent comeback disc, ‘Elation’, in 2013. Taken on its own terms ‘Elation’ is a genuinely brilliant blues-rock affair, but very little of the material resembles the band’s peak output.  At the time of that release, most of the Great White catalogue was in a sad state of affairs, hanging in out of print limbo. Unsurprisingly, it appears to have remained that way.

Even that first time around, though, the early Great White catalogue was a proper mess.  By the time the band hit the big time with the ‘Once Bitten’ album in 1988, their first two albums were already out of print.  The release of ‘Once Bitten’ itself was muddled by bad record company decisions: the US market got the nine track album as intended, the Euro market, meanwhile, was shafted with a release that contained just four of those tracks, plus three from the previous disc (yet to have its European release) and a stray live recording.  The 1987 live album ‘Recovery’ had three different tracklists in three different territories – finding one with the “real” tracklist – not fleshed out with recordings that date from later – is almost impossible.