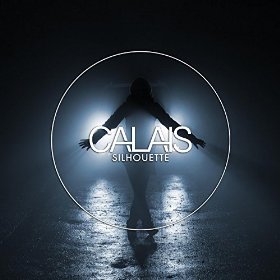 Calais are an Australian quintet whose chosen sounds fall squarely between radio friendly pop-rock and accessible guitar driven indie-rock.  This four track debut release shows both sides of the band’s style equally well, often centring around their gift for a melodic arrangement.

‘Time & Space’ is an absolutely terrific pop/rock ditty which best captures Calais in full flow.  While the production values have a slightly rough edge, the song writing and arranging is top notch.  The bulk of this number has a feel that harks back to the very late 80s and early 90s via a ringing guitar motif, providing a strong melody which gives the tune an instant likability and memorable quality.  Despite the band’s Australian roots, in terms of mood, it has a lot in common with retro Scottish pop, recalling works by The Big Dish and latter-day Simple Minds.  Looking beyond the strong guitar melodies, there’s a great deal more to enjoy; frontman Tim Lollback possesses a natural voice that’s a great compliment to those guitars, while bassist Liam Roberts adds a meaty sound that pushes his bass from a rhythm part to a strong lead.   Their chosen single release ‘Rewire’ centres around more clean guitar sounds, the lead backed by choppy riffs.  Again, there’s a tight melody cutting through, and the vocals bring a slightly stronger focus on harmonies.  Like ‘Time & Space’, although this is home to a reasonable chorus, the band aren’t just focusing on that to win over their audience: it’s very much a case of the whole being far greater than the sum of the parts.

After asserting their talents for pop, ‘Fracture’ finds the band rocking out a fair bit more.  Multi-layered guitars provide a base from which Lollback works a strong, melodic vocal, while drummer Will Mogg approaches his snares with a touch less restraint.  This move towards rockier sounds begins gradually, though, with Guy Stacey laying a blanket of keys and occasional guitars adding texture.  In this stripped back scene, Lollback’s voice adopts a slight Molko-eque warble, and once everything kicks in, the chunky guitar work also borrows from Placebo’s noisier output. Last up, ‘Trial & Error’ follows suit with an offering that’s got flourishes from the louder end of Snow Patrol and Placebo, albeit delivered with some of Calais’ own sparkle.  Another strong arrangement shows off the tough twin guitar assault against a hugely melodic vocal line.  A choppy rhythm cutting through the heart of the piece already makes this instantly more likeable than ‘Fragile’, but by the time the chorus hits, Calais are in their element – their sound that of a band with years of experience.

In terms of melodic indie-rock, Calais have all the bases covered; just enough crunch to please those who aren’t looking for anything too poppy, but friendly enough to reel in those pop/rock lovers (especially with the brilliant ‘Time & Space’).  Although it is possible to hear a few influences from each, Calais are less annoying and bombastic than Muse, far more interesting than Snow Patrol, a little less arty and more accessible than Placebo  – their style very much a thoughtful and balanced winning formula. While the bulk of their sounds may seem almost instantly familiar, in their case, this is only a good thing; for those who like radio-friendly, guitar driven music, this EP is one likely to tick all the right boxes.