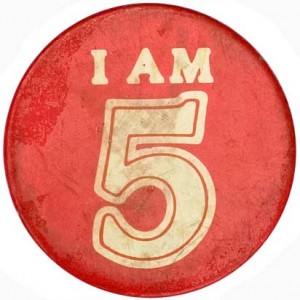 This weekend, Real Gone reaches a special milestone – five years of internet presence.  As that famous musical philosopher Mr. David Bowie once sang: “Five years…what a surprise.”  It’s been a really hard road to get so far, but it’s certainly been rewarding – over the recent years, we’ve met a bunch of really great people and heard some amazing music, a huge amount of which might have passed under our radar if we weren’t constantly reviewing stuff.  Who knows…maybe some of those albums would have passed under your radar too?

For those who are interested, or maybe wandered in a bit late, here’s a quick recap of our journey so far. Although Real Gone is now celebrating its official half-decade, the idea was conceived a little longer ago.  A plan was hatched in the summer of 2007 to create a website that concentrated on the mountains of unloved albums out there – albums which we thought were fantastic but, though through no fault of their own ended up in clearance warehouses and cut-out bins. Hence the name Real Gone, although the title also comes from our love of all things Tom Waits.  We also planned to have a virtual manbag containing some of these unloved bargains and an option to buy them from the site.  Half a website was built and over the course of the following nine months, dozens of reviews were written.  Real life then got in the way and the project got put on the back burner.  In November 2009, Real Gone had its official launch – not as a website but a free blog – and the stockpile of ready-written review materials was slowly posted.  Over the next few months, a couple of labels and PR guys got interested and, naturally, the focus began to shift: as well as retrospective pieces we’d also cover some new items – chiefly AOR based, since we thought it would be good for someone to actually review these albums on a multi-genre website.  Most of the time, back then (and even now), most AOR albums were only being reviewed on specialist websites; websites preaching to the converted, with an audience already familiar with the bands and labels.  A scene cannot grow if new people aren’t exposed to it…and so that became part of our bigger plan.

It wasn’t until Real Gone moved from the blogsphere and made the jump to being a fully functioning website in the summer of 2011 that things really started to take shape, however.  By this time we had a world of PR companies sending out stuff, had also finally settled on something closer to a house style.  Most musicians have early work they’re a little embarrassed by – the same applies to anything creative…and so it goes at Real Gone.  Although we stand by most of the opinions expressed prior to this changeover, many of the reviews from our first eighteen months aren’t quite how we’d like them to be…and certainly wouldn’t be if those reviews were written now.  Still, it’s all part of the  learning.

Sorry.  This is a bit of a ramble.  For those with short attention spans, the point is this: Real Gone is officially five.  Things have settled into a really great niche; we’ve met some great people, been on some guest lists for live shows and heard and shared some fantastic underground music.  If you picked up on any of it, discovered something new, then our work here has been a success. …But it’s not going to stop there. The original ethos of Real Gone may have been lost along the way, but we’ve got bigger and better with each passing year.  We’re receiving more review requests – and requests for general coverage – than ever before and have gained a core of loyal supporters.  Most of our original vision may have been left behind – aside from getting AOR reviews next to punk and grindcore, perhaps – but everything feels natural. We’ve built traditions, too – a free sampler goes out every xmas (and they’re all still available for download if you’ve missed the previous freebies) and 2014’s festive bunch could be the best yet.

We’d like to take this opportunity to thank all the readers, musicians and labels for their ongoing support – without you, none of this would work as well as it does, especially in the case of the readers:  without you, there just wouldn’t be any point in doing this at all.  With your help, Real Gone will be even bigger come that ten year anniversary…   Remember: if you’ve read something you enjoyed – or perhaps didn’t – please share…spread the word.  It makes a world of difference to DIY artists if a few paragraphs covering their labours of love reaches new ears and eyes.

We’ve got a couple of special retrospective pieces coming up this week, so stay tuned.  …And of course, between now and the unforeseeable future, we’ll be bringing you a whole bunch of reviews from bands you may never have heard.   The pencils are sharpened, the satchel is packed – it’s time for Real Gone to go to big school!

Here’s to the next five years…