Australian singer-songwriter Abbe May’s recent video is as minimalist as parts of the electronic based tune itself. ‘Karmageddon’ has so far gained mixed responses from those who’ve seen it, but especially from listeners who are used to May’s previous guitar-oriented work.

Previously described as “mind-bending”, the clip for ‘Karmageddon’ can be seen below. The track is taken from Abbe May’s upcoming full-length ‘Kiss My Apocalypse’, due for release in April 2013. 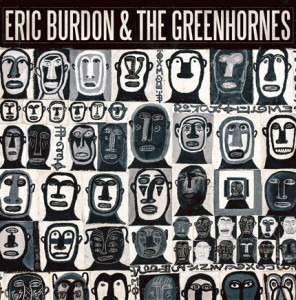 Iron Maiden bassist Steve Harris has released another new video. The clip for ‘Us Against The World’ can be seen below.

The song is taken from his 2012 solo release ‘British Lion’, a disc which has polarised the opinions of fans. [Read a review here]

Us Against The World from Steve Harris on Vimeo.

In 2010, Oranjuly released a rather fine power pop album.  After two years of working on new music, Brian has put his former band to bed and and has resurfaced fronting a new outfit – Parks.

Parks have an album on the way (some of which is re-worked from song ideas intended for Oranjuly’s abandoned sophomore disc), but before that appears, here’s a taster – a great piece of jangly pop entitled ‘Sweater Weather’.

You can keep up to date with news from Brian and Parks at www.parksband.com. 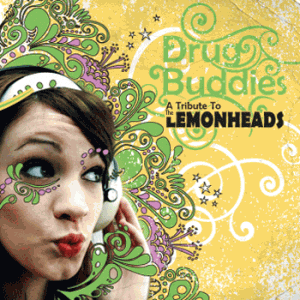 In terms of mainstream popularity, The Lemonheads’ peak came in the early 90s, when their fifth album ‘It’s a Shame About Ray’ and cover of Simon & Garfunkel’s ‘Mrs. Robinson’ both became big hits.  Either side of that release, despite hugely unstable line-ups, the band recorded other great music, both punk based and of the summery slacker pop variety.  Each of the albums within the band’s catalogue are worthy of investigation.

With such cult status – and Evan Dando’s knack with a throwaway pop ditty deserving of the praise he has intermittently been given – it’s obvious they would be a huge influence upon other jangle-pop bands from Boston and beyond.  On this tribute disc, twenty one DIY bands have been brought together, putting their mark on various tunes associated with The Lemonheads, alongside one original composition about Dando himself.  The results, as you may expect, are mixed.

For ‘I’ll Do It Anyway’, Star fuzz things up considerably, so much so there’s more distortion than actual tune in places, but they make it their own.  Cutting through the sheets of trebly noise, a twee female voice evokes recordings by Velocity Girl and other 90s indie favourites, and once you’ve tuned into the band’s style, Dando’s melodic leanings eventually shine through, especially on the chorus, which still stands up as an amazing piece of pop.  Far less fortunate is Marauder’s take on the lovely ‘Down About It’.  There are a few nice slide guitar notes and a reasonable jangle, but any enjoyment is killed by an extremely flat vocal performance.  Better, Himson re-imagine ‘My Drug Buddy’ as stripped down workout for acoustic guitar and ukulele.  While it turns out exactly as you’d expect for something with a uke in tow, all harmony vocals are well executed and the electric guitar laying down jazzy leads intermittently provides a welcome addition.

Following a long-wave radio-esque intro, Shindig don’t really use the full spectrum of their obvious talents on ‘Confetti’, preferring instead to offer something as close to Dando’s vision as they can. This is fine, but without the sharpness in the guitar department it doesn’t quite have the impact it should.  Vicious Whiskey turn in a raucous version of ‘6ix’ (originally from the overlooked ‘Car Button Cloth’) which, while a little unimaginative, their version is great in its own right, chockfull of garage-sounding guitar lines and a small serving of feedback for good measure.  In the hands of The Neuvos, ‘It’s a Shame About Ray’ has plenty of summery guitars, shimmering constantly and an occasional accompaniment which sounds as if it really ought to belong to a brass section.  Both features are enjoyable on this slightly slower rendition, but like Marauder, The Neuvos is a band hampered by a wobbly vocalist.  Overall, Neuvos’ offering is a case of “close, but…”

Fans of The Lemonheads’ punkier sounds may find some enjoyment from Numbers on Napkins thrashing their way through a decent version of ‘Uhh’ (the comp’s only Ben Deily related tune), and Suinage taking the jangly ‘Stove’ and cranking the speed and volume just enough to make it interesting.   Both are worth spinning, though neither are classic.  [Since Deily’s compositions are seemingly fair game – unless, of course, NoN chose ‘Uhhh’ unknowingly, it’s a pity they didn’t plump for his vastly superior ‘Second Chance’.]

So with a lot of the material hovering around the enjoyable but workmanlike mark or – in a couple of cases – bewilderingly bad, why should you bother checking out this comp?   Hidden amongst the more average material, there are a few of bright shining stars…and it’s those that have used a little more imagination that gives ‘Drug Buddies’ a huge lift.  With a staccato riff leading the way, Trucker Cleavage offer a rendition of ‘Being Around’ that’s got plenty of punch via a chunky bass riff and slightly discordant lead guitar.  What makes this enjoyable, though, is the lead vocal performance: it’s delivered in a nasal harmony throughout, hugely reminiscent of John Linnell and John Flansborough of They Might Be Giants!  A hugely jangly take on ‘The Great Big No’ sounds at times like the work of a bad Matthew Sweet impersonator, but if you can make it past that, it’s musically sound, making use of swirling keyboards and  big power pop harmonies throughout.  You’re probably curious about the ballsy one-note guitar solo from the original version…  It’s now nowhere to be heard!  The instrumental break here is filled with a suitable amount of noodling, always tastefully played, not shadowing the rest of the tune.

The best of the bunch is Lucky Day’s thoughtful reimagining of ‘Bit Part’, stretching it out to three times the original length.  While the vocal melody remains intact, the music is soft and almost loungy, with the addition of wordless oohs and ahs reminiscent of Sixpence None The Richer.  Of all the tunes featured on ‘Drug Buddies’, Lucky Day are streets ahead of the competition, taking a once trashy ninety second trashy number and dressing it up with passionate vocals and a multi-layered arrangement, culminating in a funky lead bass solo.  In short, this is a tune not to be missed.

…And that previously mentioned original track written as a tribute to Evan?  Mean Carlene’s ‘Evan Says’, surprisingly, is an okay slice of jangle pop that befits Boston’s slacker hero.  Staccato riffs and a repetition of the title are its main concerns, but it’s a more than solid piece of pop rock. Given that it’s writers Mean Carlene appear to be reasonably talented – certainly far more talented than some of ‘Drug Buddies’ contributors – it would have been good to hear them singing one of the many Lemonheads numbers not included here: where are ‘Dawn Can’t Decide’, ‘It’s About Time’ ‘Mallo Cup’, ‘Half The Time’?  Surely all are better than the ‘Car Button Cloth’ era tunes present…

Listen for yourselves using the widget below.  For the hardcore Lemonheads fan, ‘Drug Buddies’ may not always be much more than a welcome distraction, but there are a handful of tunes worth downloading.