Of all of Black Sabbath’s Ozzy era albums, ‘Technical Ecstasy’ is arguably the LP that splits fan opinion the most. It doesn’t contain any hits. It doesn’t even feature anything that could be considered classic. It often gets overlooked, sandwiched between 1976’s ‘Sabotage’ – a release with some very vocal champions – and 1979’s ‘Never Say Die’, an inventive work that really saw the band beginning to stretch out.

‘Technical Ecstasy’ has always deserved a place in the world purely for the brilliant ‘Back Street Kids’ and the live favourite ‘Dirty Women’ (or as Ozzy was heard to say on the ‘Reunion’ live disc, “Doooorty Wimmin”!).  It’s an album that’s overdue a reappraisal.

END_OF_DOCUMENT_TOKEN_TO_BE_REPLACED

In a perfect world, Black Sabbath’s relationship with Ronnie James Dio wouldn’t have soured quite so quickly and the band would have followed their excellent ‘Mob Rules’ album with a world-conquering classic.  Then again, in that alternate universe, Dio wouldn’t have released ‘Holy Diver’ – one of the most perfect metal albums ever – so, maybe, things worked out for the best.

That was certainly the case for Dio.  Black Sabbath’s immediate fortunes were less perfect.  Their 1983 release, recorded with Ian Gillan, was a hit and miss affair that came housed in one of the poorest album sleeves you could ever (not) hope to see. Their Reading Festival headline slot later that year bordered on a car crash, culminating in a terrible rendition of ‘Smoke On The Water’, further cementing fan feelings that the short lived musical union between Tony Iommi and ex-Deep Purple vocalist Ian Gillan probably shouldn’t have happened.

END_OF_DOCUMENT_TOKEN_TO_BE_REPLACED 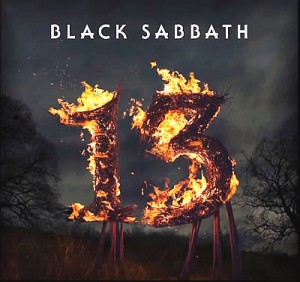 As any metal fan knows, the first four Black Sabbath albums defined an entire musical genre.  Four slabs of vinyl with monolithic riffs that inspired future generations; riffs which many emulated, but few matched – especially in terms of superb tone.  From 1973 onward, Sabbath continued to make good music, but it didn’t always match the impact of their earliest work.