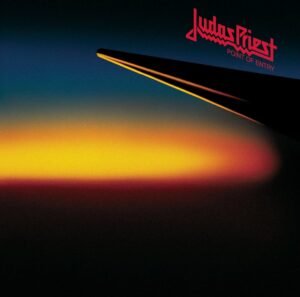 In 1981, Priest had high hopes of repeating ‘British Steel’s’ commercial success with another timeless set. Being the first time the band had actually re-entered the studio with the same line-up, in theory, they should have been a stronger unit than ever. However, the resulting album, ‘Point of Entry’ (released in February ’81) initially sounds weaker than Priest’s previous couple of albums and although parts of it seem very formulaic on the surface, in reality, their seventh LP features a couple of musical experiments that show a band attempting to branch out. Regardless of some interesting material, though, it’s no match for its immediate predecessors (‘British Steel’ and ‘Killing Machine’); that said, it’s far from the bad album its sometimes suggested to be.
END_OF_DOCUMENT_TOKEN_TO_BE_REPLACED 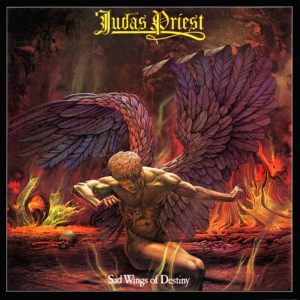 Judas Priest’s debut album, 1974’s ‘Rocka Rolla’ hints at a potentially very talented band, but is ultimately let down by some plodding arrangements and somewhat leaden production values.  Everything about Priest’s second album, ‘Sad Wings of Destiny’ (issued by Gull Records in 1976) is in a completely different league, right down to the fantastic album artwork (‘Fallen Angels’ painted by Patrick Woodroffe).